PolitiFact: Sorting Out the Truth in Politics for You!

PolitiFact helps you find the truth in American politics. If you’re looking to fact-check your representatives to see if they stand by their election-eve promises, here’s the place to do it…  END_OF_DOCUMENT_TOKEN_TO_BE_REPLACED

The AFP e-diplomacy hub is a superb, interactive guide to online diplomacy in action. It helps you scrutinize the e-diplomacy (via Twitter) of major World powers across the globe. END_OF_DOCUMENT_TOKEN_TO_BE_REPLACED

It’s time to get the Raw Story. For all the news that’s important, but won’t be reported by the mainstream media, The Raw Story is your new go-to, completely independent news source. END_OF_DOCUMENT_TOKEN_TO_BE_REPLACED 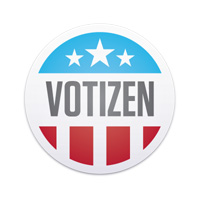 Engaging a new generation of voters via social media

The rise of the internet has coincided with a rise in voter apathy, especially among youth populations all over the world. But as we have seen over the past couple of years, when such youth get worked up about something online, and spread their feelings over social media like Facebook and Twitter, today’s youth can wield more power than it ever has before. The internet has the power to enhance democracy dramatically, and Votizen, funded by, among others, Sean Parker (one of Facebook’s early investors), is ready to harness its power just in time for the 2o12 Presidential Elections. END_OF_DOCUMENT_TOKEN_TO_BE_REPLACED

Bad Lip Reading – Honestly there isn’t much for me to say here except, for goodness sake, if you’re interested at all in the current Republican candidate race, watch some of the videos on this oh so clever Tumblr blog!

The one below is Herman Cain. Watch it, see if you find it as amusing as we did in the All My Faves HQ, and then click here to get to videos of other famous political (or musical) personalities.

I personally recommend watching the soundbites of Ron Paul, Rick Perry & Mitt Romney for the politicos; and if you want to see Michael Buble taking an, erm, interesting new musical direction, there’s a great video on there for you too… I’m confident you’ll like this 🙂

Ruck.Us – Align your politics with People, not Parties

If the Americans among you haven’t already noticed, I’ll let you know now. There’s an election coming up in 2012. A big one. The problem is, you’ve not got much of a choice when it comes to voting for your next President. It’s Democrat or Republican, Good vs. Evil (whichever way you look at it!). There’s no in betweens when it comes to policy, no grey areas. And that’s quite annoying according to the politically minded creators of Ruck.Us.

Ruck.us believes that politics is far more people and issue based, and not simply about the one’s the Big Parties tell you to follow. That maybe it’s possible to believe that being fiscally conservative DOESN’T mean public healthcare’s a bad thing. It’s a clever idea, and it’s the idea forming the basis of their site. You answer questions about your political positions and most important issues, and form a network of people with similar “Political DNA” as you. And then take action together, getting recommendations on petitions, candidates, causes and more. Click here to get started!