Sushi Cat-A-Pult: Race To The Moon 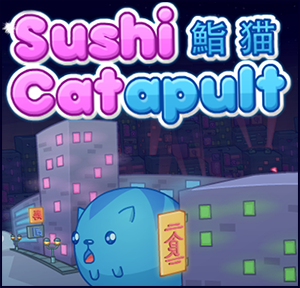 Sushi Cat-A-Pult is a flash game in which you shoot a cat out of a catapult, collecting sushi along the way.

The backstory of Sushi Cat-A-Pult is simple.

The setting is Japan, and there’s a race to the moon coming up. The grand prize is a lifetime supply of sushi. Who could resist that? Not this game’s main character, who you play with by repeatedly shooting out of a catapult to bounce around and collect sushi on various levels. 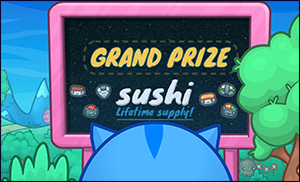 Each level begins with a power meter, which you’re expected to stop when it reaches maximum strength. Depending on where the meter is when you click on it, your character will fly a certain distance. It bounces along the way, collecting the sushi in its path. Once you collect a specific amount of sushi, your bounce meter fills up and you can click to keep the character moving. There are other obstacles along the way — like a pond or the chest of a sumo wrestler — that also propel the character forward. There’s more to the game than just collecting sushi, as you must clear various challenges in order to advance to subsequent levels. Overall, it’s a fun, strange game with a goofy sense of humor. 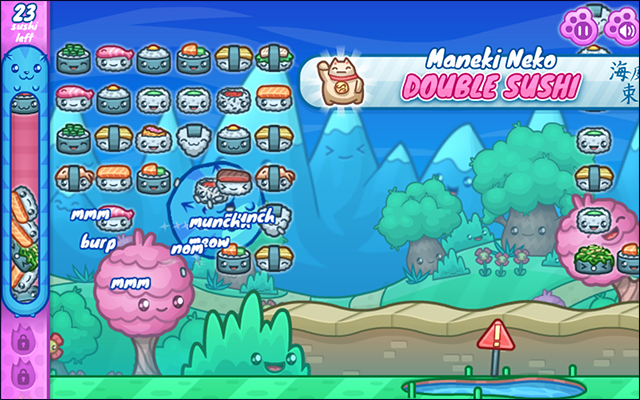 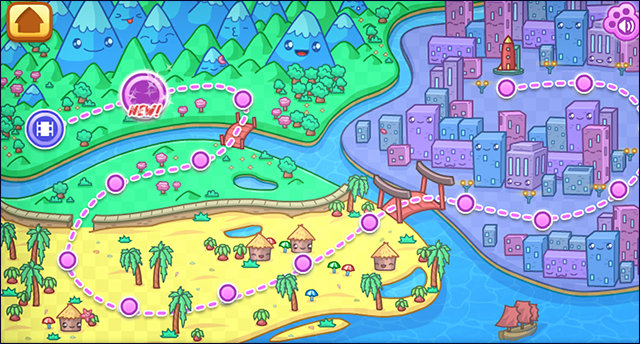