Species In Pieces: An Interactive Exhibit About Endangered Species

Posted on Wednesday, April 8th, 2015 by Will Hagle 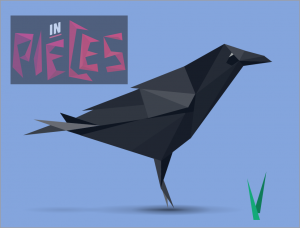 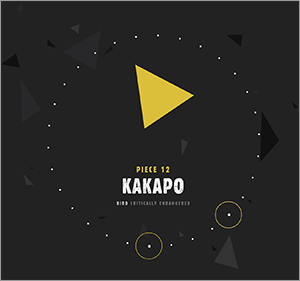 Species In Pieces is an interactive exhibition and study of 30 of the world’s most interesting, but unfortunately endangered, species. The site contains animated images of each species, constructed out of triangular shapes and polygons. On each of the animals, you can click a button with the title “What’s the threat?” in order to learn more about the species and how it’s endangered. Each animal is also accompanied by statistics, videos, and external links leading to sites with more information about conservation efforts. There’s an additional page on the In Pieces site with further information about organizations working to protect endangered species. All of the information throughout the site is presented in elegant, interactive design. 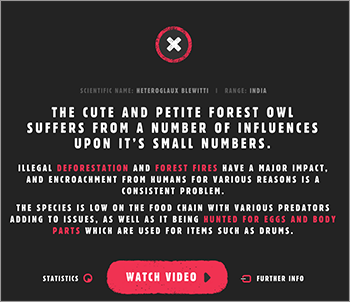 Although Species In Pieces is a great example of strong, interactive web design, it was built entirely using CSS. Amsterdam-based web designer Bryan James explains his process on the site, claiming that he was inspired to build the exhibition after learning about CSS polygons. You can cycle through all of the species in order or explore a rotating wheel to jump to the one you want to see. Animals like the Fiji Crested Iguana, the Forest Owlet and the Malayan Tapir are all covered on the site. There are 30 species in total, and it’s interesting to explore and learn more about them. If one of your favorite animals is featured on the site, you can also download the polygonal image of it as a desktop wallpaper. Species In Pieces is worth visiting for fans of great web design, as well as people with a genuine interest in learning about the world’s endangered species and what you can do to help. 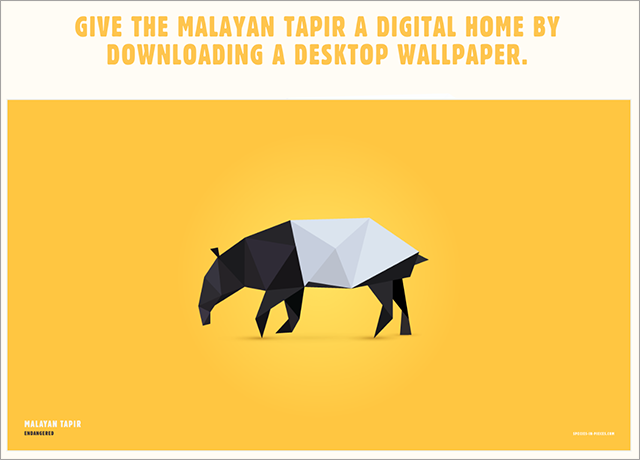