The Dodo: Videos for Animal Lovers

contains a collection of videos about animals of all types. 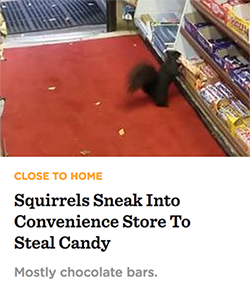 All Types of Animals

Animals have always been the stars of viral videos — even long before the days of YouTube, people found joy in watching clips of animals doing funny things. The Dodo contains tons of animal videos. There are videos of cute dogs, baby pigs, and squirrels sneaking into convenience stores to steal candy. If an animal did something funny or entertaining and was caught on video, it’s probably on The Dodo. The company describes itself as “a digital media brand for animal people.” That means that it curates entertaining videos of all types of animals, all of which are highly sharable. The company has been successful so far, and you’ve probably seen one of their clips while you’re scrolling through Facebook. 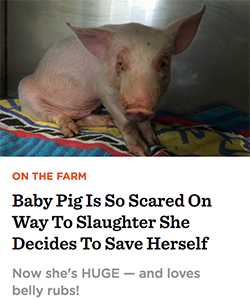 The Dodo has taken an interesting approach to the online video space. Even though it seems like animal videos were prevalent before they came into existence, no one else has perfected the art of making a site entirely dedicated to viral animal videos. People, in general, really like watching animals do goofy things. They relate to the emotions displayed by animals in the videos, as well as the articles featured on the site. And The Dodo has progressive views on animal welfare (there are even videos like “Baby Pig Is So Scared On Way to Slaughter That She Saves Herself,” but the site isn’t over the top with that type of thing). If you just need something adorable or funny to look at, The Dodo is the place to go.