Posted on Tuesday, January 3rd, 2017 by Will Hagle 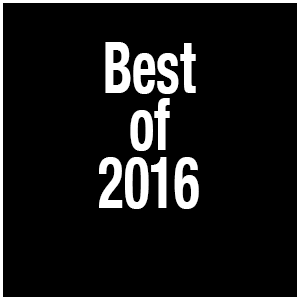 All My Faves presents the best sites and apps of 2016.

Each week, the All My Faves team scours the web in search of the best 11 apps, sites, and mobile games. We feature this list, called the Weekly Faves, on our homepage. Every Monday morning, our users can discover 11 great new products available to them on the web.

At the end of 2016, we went back over each of our Weekly Faves selections and voted on our favorite products discovered during the year. The result is the following list of 11 apps, games, and websites. There are products from various categories, including education, language learning, news, and financial help. In case you missed these sites when we featured them in 2016, you can explore them throughout 2017. Happy New Year, and enjoy: 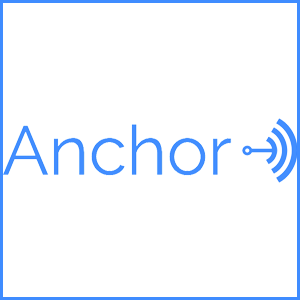 Podcasts continued to grow in popularity during 2016, with more celebrities, well-known personalities, and amateurs starting their own shows. There are plenty of apps for recording or listening to podcasts, but Anchor.fm is the next step in the evolution of the medium. It’s a free app for both iPhone and Android that lets anyone broadcast short audio clips to the world. Unlike other podcasting apps, Anchor.fm’s focus is on conversation and interaction. Listeners can respond from within the app, compiling their own voices into the finished product. The app is one of the most inventive products we discovered in 2016, and it has the power to elevate podcasting, and conversation in general, as we move forward into 2017.

Reuters has a longstanding reputation for delivering high quality journalism. In a tumultuous news year such as 2016, a commitment to good reporting became even more important. Reuters also launched Reuters.tv last year, a similarly high-quality video news app and website. The site basically produces a 30-minute TV news program on a daily basis, allowing viewers to watch in installments of 5, 10, 15, 20, 25 or the full 30 minutes. The program goes through the most recent news stories of the world, giving viewers a well-produced, convenient-to-digest alternative to cable news. It’s going to be hard to trust certain news networks going into 2017, but Reuters.tv offers content that parallels its sleek design. 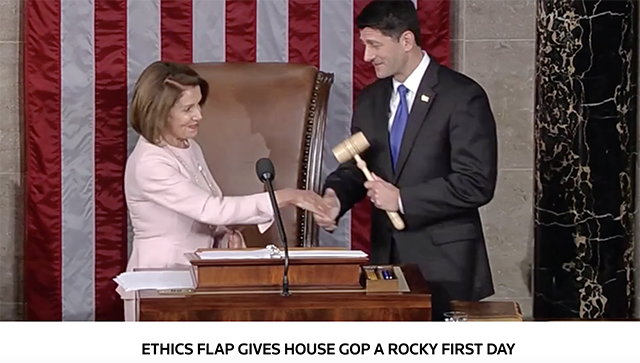 The web has always been a great place to learn new skills, whether by reading articles, watching videos, or piecing together knowledge via other forms of research. It’s also been a great tool for connecting previously inaccessible figures — even the world’s political leaders are now just a tweet away from responding to any of us. Masterclass combines the power of the internet as an educational tool w

ith the power of the internet to connect people to celebrities, offering classes taught by marquee names. Serena Williams teaches tennis. James Patterson teaches writing. Usher teaches the art of performance. Kevin Spacey teaches acting. Gordon Ramsey teaches cooking. There are several other classes offered, and all are well-produced. For the relatively affordable cost of $90, learning from one of the masters might be worth it. It’s certainly the most intriguing educational option that we found on the web in 2016.

Stand-up comedy is currently experiencing something like a new golden age. It seem 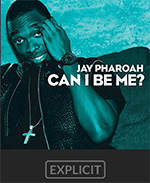 s like there are new superstar comedians popping up everyday, and scenes are thriving around the U.S. and  the world. Although many standup albums are available on Spotify and other music streaming services, none offers the amount of material as Laughly. Laughly is like those other services, except it’s entirely dedicated to standup. And it’s free. If you’re in need of a laugh as you get back into the grind of 2017, consider Laughly as your joke provider. 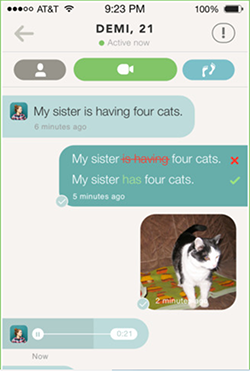 One of the easiest and most effective ways of learning a new language is simply by having conversations with native speakers. Due to geographical limitations and other constraints, this is often difficult to do. Sites like Duolingo only take you so far, and language skills always falter when you don’t get enough practice actually speaking. Tandem lets you speak with other language learners from around the world, on your own time. You can chat, call, and have all sorts of conversations with interesting and enthusiastic people across the world. It’s one of the smartest ways to practice a new language, and it should be everyone’s New Years resolution to start using Tandem. 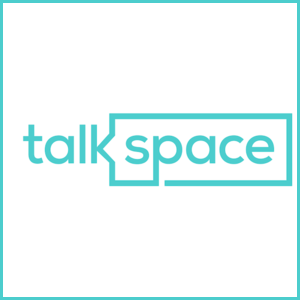 Even with all of the advances the web has made in the medical industry, mental health remains somewhat taboo. It’s difficult to create products in the mental health space, because therapy still isn’t as commonplace as it should be. 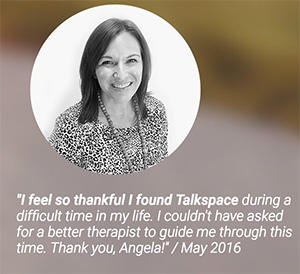 Talkspace
is an incredible alternative for anyone in need of any sort of help (which, really, is everyone). The site and app lets you instantly connect with a licensed therapist and have a private discussion. It’s more affordable than in-person therapy, and while it might not offer the same benefits as face-to-face treatment, it’s definitely a much needed step towards improving mental health access for everyone.

If you’re anything like me, you’re going to need to be a lot smarter financially in 2017. If you’re anything like me, you need help. Luckily, The Balance is here to save us. The site begins with a simple, leading statement: “Today I want to…” The choices are “Find a job,” “Buy a Home,” “Save for College,” “Start a Business,” “Plan for Retirement” or “Explore More…” No matter what you select, you’re sure to find plenty of well-written articles about financial topics. The site is thorough in its overview of everything important to your financial well-being, and it’s presented in a great design. While FinTech increased in popularity during 2016 and plenty of companies launched in an attempt to profit off your bank accounts, The Balance launched in an attempt to help us. That’s worth something. 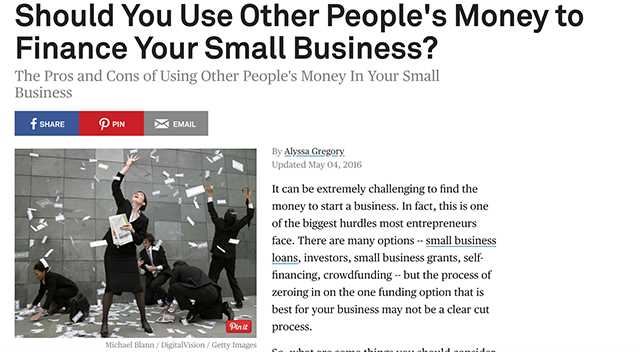 Although vinyl is a relatively outdated method of music consumption, it’s experienced a resurgence in recent years. And now, online companies are finally utilizing new technology in order to reinvigorate the older format. Vinyl Me, Please and other record clubs offer monthly delivery of albums. Qrates offers something different: crowdfunding for record pressing. The site lets any band or artist create a crowdfunding campaign to finance a pressing of their vinyl — with as little as 100 copies necessary for the order to go through. It’s one of the easiest ways for up-and-coming artists on a limited budget to press a vinyl recording, and Qrates is one of the coolest companies we discovered in 2016 for making that a possibility.

Sailing with Greenpeace is an interactive documentary chronicling the 40-year-history of the international environmental protection NGO. It focuses on the NGO’s ships, showcasing different routes and expeditions. There’s a ton to take in on the site, which offers something new every time you explore it. With an American administration coming in 2017 that denies the existence of climate change, it’s going to be ever-important for organizations like Greenpeace to continue doing good work around the world that governments won’t do. No matter your political views, this site offers a worthwhile exploration of Greenpeace’s efforts to help the environment. 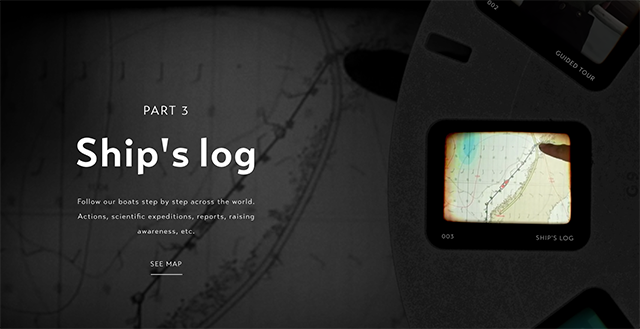 Income inequality became a more pertinent global issue in 2016, and Gap Minder’s Dollar Street site offers an interesting opportunity to explore the world as organized by the average income in each location. It’s an incredible project, utilizing data and displaying it in intriguing ways, and allowing visitors to compare coveted items, families, pets, and even toilets around the world. You can see how the richest of the world live, how the poor live, and how everybody else in between is living. The site truly spans the entire globe and the entire spectrum of financial stability. No matter where you fall on the spectrum yourself, Dollar Street great to explore and compare and see how the rest of the world is living.

I played Inks so much in 2016 that I had to delete the game from my phone. It’s a beautifully-designed iOS app, which reinvents the concept of pinball for the endless scroller generation. Rather than the ball dropping back to the start of the virtual pinball machine — as gravity might make it do in the physical world — it continues upwards into new levels. There are certain boosts and mini-games along the way, making Inks one of the most uniquely entertaining incarnations of pinball in history. It’s earned the top spot as our best mobile game of 2016.