Instalist: The Most Instagrammable Places 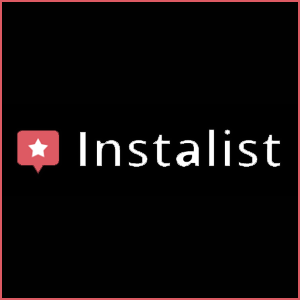 Instalist helps you find the most Instagrammable places around the world.

A New Perspective On Classic Places 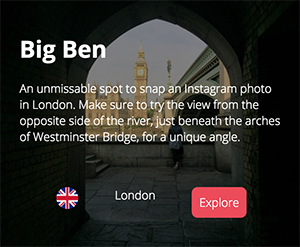 If you’ve ever navigated the murky waters of the LA dating app pool, you’re a brave soul. You’ve also probably come across a picture of someone standing in front of the light posts outside LACMA. The art installation has become one of Los Angeles’s most Instagrammed locations. Although you won’t find those lights on Instalist, you will find an awesome collection of some of the most commonly Instagrammed places around the globe. The site almost serves as a user-generated Google Images, returning a list of amateur-shot photographs that have been posted publicly on Instagram. All the site does is link directly to Instagram, sorted by tag of a particular location. But it provides a new perspective of famous locations like Big Ben when you look at it through the lens of the thousands who have posted pictures from there.

Explore The World Through The Gram 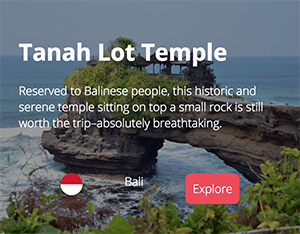 Instalist also offers a great way to explore interesting places around the globe. The site lets you sort by country (not all countries are available) in order to find unique locations, like Bali’s Tanah Lot Temple. Perhaps some may even find the inspiration to someday visit those locations themselves, just to snap a pic for the gram. Although Instalist is currently well-curated, they also transparently solicit paid advertisements to appear on the list. It costs $9/week to promote an individual account, and $29/week to promote a business. Of course, not every location on Instalist is a paid ad, and there’s tons of great content to explore. 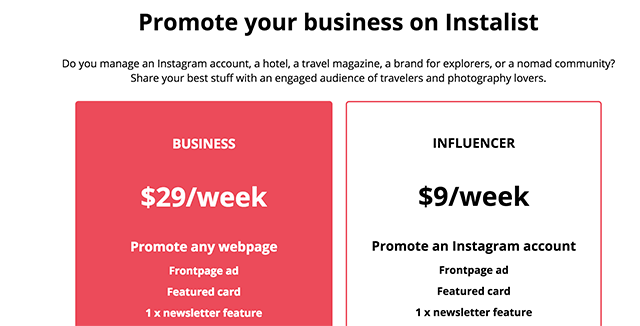