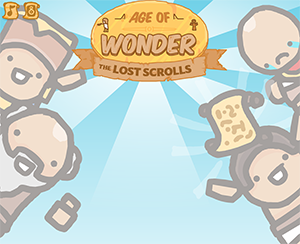 Age of Wonder: Lost Scrolls is a fun flash game in which you play as Eratosthenes, on a journey to spread scrolls of knowledge around the world.

Spread Your Knowledge to the Masses! 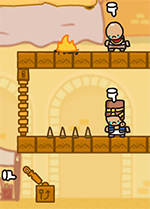 Age of Wonder: Lost Scrolls begins with this back story: home from a long, epic journey around the world, the ancient scholar Eratosthenes discovers a new room in the Great Library of Alexandria. It’s full of scrolls containing a whole new wealth of knowledge. Armed with those scrolls, Eratosthenes sets out on another journey to spread this information to as many people as possible. 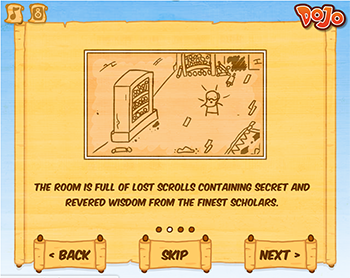 In Age of Wonder: Lost Scrolls, you play as Eratosthenes. Your goal is to throw scrolls from a stationary location on the left-hand part of the screen to the peasants on the right-hand side. Whether or not the scrolls reach the peasants depends on the angle of your weapon as well as the obstacles in your way. As the game progresses, those obstacles become increasingly difficult, forcing you to find new ways to get the scrolls into the right hands. There’s a limited amount of scrolls to be thrown (but you get a bonus based on how quickly you complete a level). Age of Wonder: Lost Scrolls is similar to Angry Birds, a simple yet challenging trajectory-based puzzle game. It’s also available as an iOS and Android app. 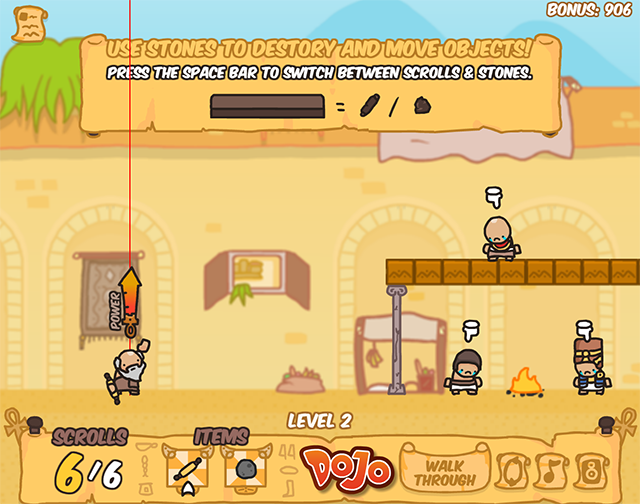 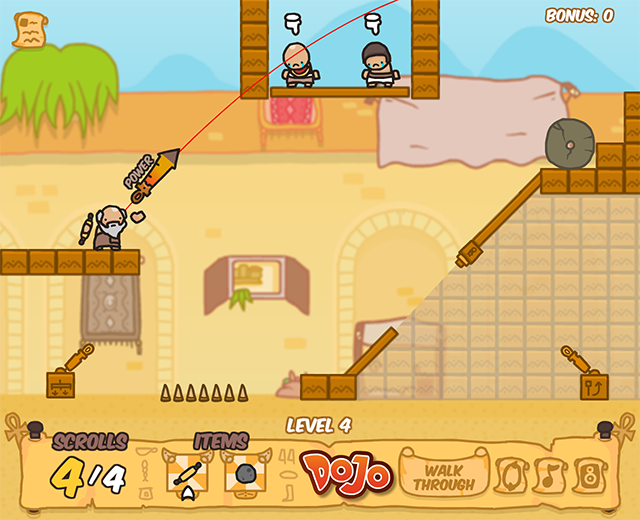