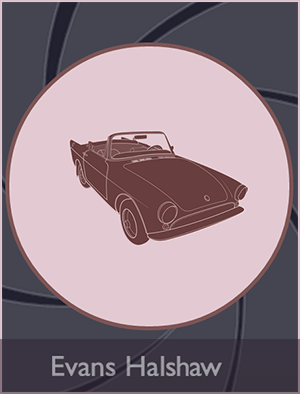 Explore the Evolution of Bond Cars

James Bond’s cars are almost as famous as the fictional spy himself. Automobiles have been an integral part of every Bond film since the series’ inception, and fans always anticipate which makes and models will be featured next. Bond Cars is an interactive guide to the history and evolution of all of those vehicles. T 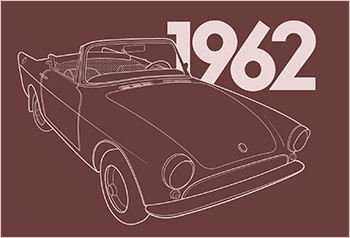 he site was created by Evans Halshaw, a UK-based new and used car retailer. It was created with a cartoonish design, using bright, bold colors to accentuate each vehicle. The timeline begins with the Sunbeam Alpine that was featured in 1962’s Dr. No. It’s described as the first James Bond car, and the site claims that it had “no alterations by Q’s lab.” Every vehicle that’s featured on the site contains a similar bit of trivia or information.

Save Any Image as a Desktop Wallpaper 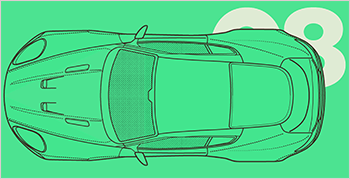 Bond Cars‘ timeline can be navigated simply by scrolling downwards. Using the standard Bond transition of a closing circle, the colors and animation change as you progress throughout the site. There are also interactive features built-in to some of the cars, such as the ability to slide your cursor across a cartoonish version of the vehicle to reveal its true form. The site also offers the opportunity to download any of the vehicles as a wallpaper, or to embed the page on any other website as an infographic image. For Bond fans (or fans of cars/good web design), Evans Halshaw’s Bond Cars is a must-visit site. 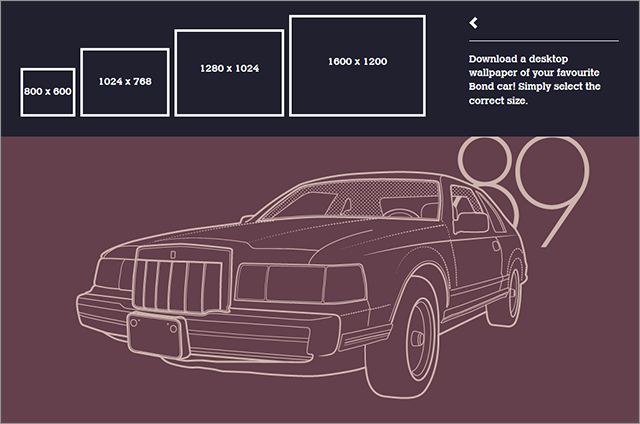