The Business Secrets of Drug Dealing 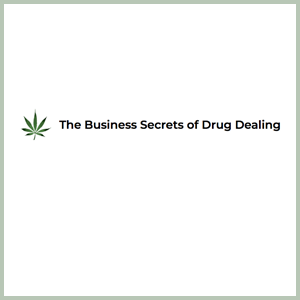 is a digital, serialized novel written by Matt Taibbi.

A Blend Of Fact And Fiction

Matt Taibbi is known for his work in Rolling Stone and other journalistic publications, specifically covering political elections and the 2008 American financial crisis. He’s an incredible writer, possessing the ability to translate important yet difficult concepts such as subprime mortgages into language that the average reader can understand. With his latest work, The Business Secrets of Drug Dealing, Taibbi has set out to accomplish the same feat of journalistic translation, this time as it relates to the world of the illegal drug trade. Taibbi, along with an anonymous co-author, has crafted a work that blends narrative fiction with journalistic truth. The story is based on the co-author’s life as a long-running and still-ongoing, high-level marijuana and mushrooms dealer.

A New, Inventive Type Of Book

The Business Secrets of Drug Dealing is being published in an unusual format for Taibbi. The author has utilized Substack, a newsletter subscription service, to publish the book in a serialized format. Taibbi has claimed he was inspired by the true crime serialized stories he used to read as a kid. Of course, the subscription costs $5/month or $40/year for full access, a somewhat steep but ultimately reasonable price for access to the work of a prolific journalist and book author. Even though it’s a different platform for him, Taibbi also claims that he’ll be able to publish different types of writing than he usually does through the subscription model once The Business Secrets of Drug Dealing is finished. In the meantime, head over to the site and subscribe for a thrilling look into the weird, real world of high-level drug dealing.