Zombies, Run!: An App That Motivates You To Run

Posted on Monday, September 7th, 2015 by Will Hagle 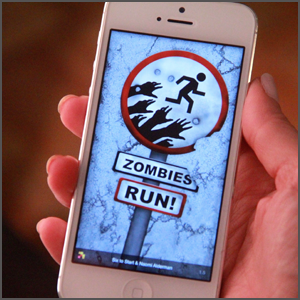 Zombies, Run! is a mobile game that encourages you to run in real life. 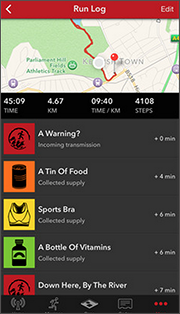 There are plenty of apps that help you track your runs, exercise or fitness. None is as motivational as Zombies, Run! The app has one of the most innovative concepts I’ve seen on the mobile platform, immersing listeners in a zombie story while simultaneously getting them outside and running. The app contains multiple seasons of a zombie story. You can access it — as well as music and the rest of the sound effects — by going on a walk, jog or run anywhere in the real world. The story itself is engaging enough that it makes you want to put in the effort in order to keep listening. 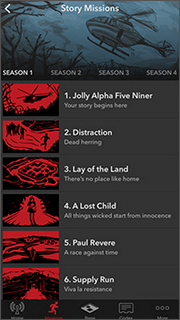 Zombies, Run! also gets you involved in the zombie story. If you’re chased by zombies, for instance, you have to speed up your walk, jog or run. 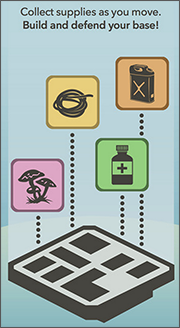 Along your route, you’ll collect supplies in order to help fortify your base. It really is like playing a zombie video game, but it’s much more rewarding to be exercising in the process. It’s also incredibly motivating to be immersed and engaged in a story that only continues if you keep running. Plus, while you actually are running, it’s a worthy distraction. If you’re thinking about starting exercise but haven’t worked up the courage yet, Zombies, Run! could be the motivational push that you need.