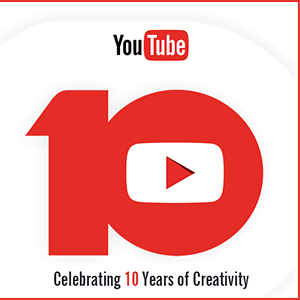 Relive YouTube’s best videos from the past decade with this pop culture quiz. 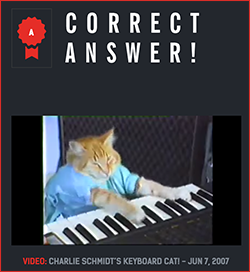 It’s difficult to believe that YouTube has already been around for 10 years. That’s an incredibly short time span for a site to drastically transform the way popular media is created and consumed, but YouTube has accomplished just that. In honor of the site’s 10 year anniversary, parent company Google has created an interactive quiz called YouTube 10 to test your pop culture knowledge. The game features fill-in-the-blank questions, with answers relating to classic YouTube videos like 2007’s Keyboard Cat. The site goes through 26 questions — exploring YouTube’s history from A-Z. After each correct answer, you can watch whatever video it is that the question was referencing. 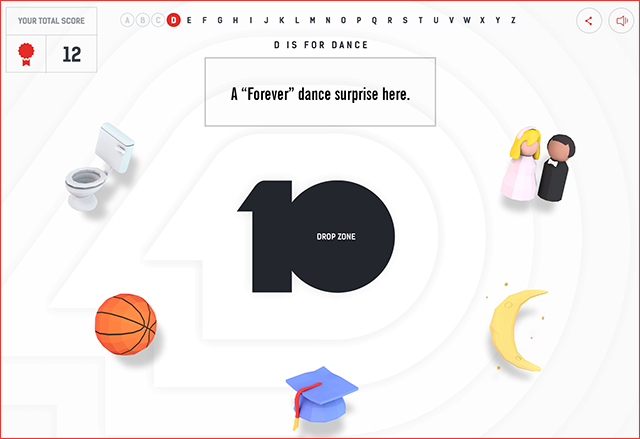 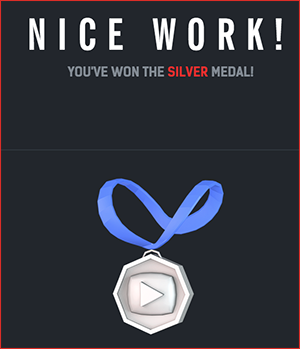 For anyone who’s spent any amount of time online in the past 10 years, exploring the YouTube 10 site will be a nostalgia trip. Many YouTube videos established themselves in the pop culture consciousness the same way movies or TV shows did in past decades. Revisiting viral videos like the “Forever” dance at a wedding in 2009 brings back memories. It’s also likely you’ll find a classic YouTube video that you missed out on when it originally went viral. The animation on the site is also great — and the gameplay involves simply dragging a corresponding icon in order to complete a statement. It’s a fun game to play through, especially if you want to add to Gangnam Style’s record-setting 2 Billion views. Why not watch it again?