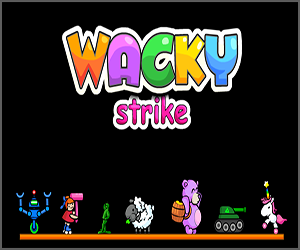 The battle of the sexes plays out in Wacky Strike. 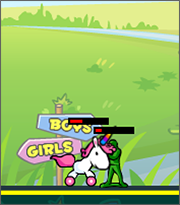 Wacky Strike is true to its name. It’s one of the wackiest flash games on the web, and its wry sense of humor can be frustrating to those looking for a more traditional game. That doesn’t mean Wacky Strike isn’t both fun and hilarious. For instance, there’s a button that looks like the “Play” button that appears on the home screen of the game after it loads. 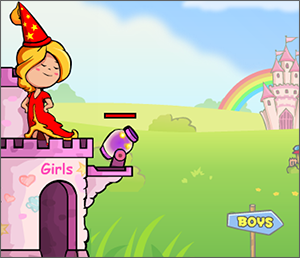 It reads “Do not touch.” If you do click it, you’re redirected to the game designers’ site. One of the items on your “To Do List,” however, is “Press button ‘Do not touch’ twice.” There are other items on the “To Do List,” which I assume is how you ultimately beat the game, like “Collect 3 stars” or “Spend 1 hour in game.” When you actually do get to the game, it consists of a battle between boys and girls. You can choose your side, using the arrow keys to scroll to watch the battle and clicking on upgrades as the battle goes on. It’s similarly confusing to figure out how the battles work, and there are tons of tricks and surprises that continue cropping up, but it’s worth it in the end. Wacky Strike is certainly wacky, but it’s also incredibly fun. 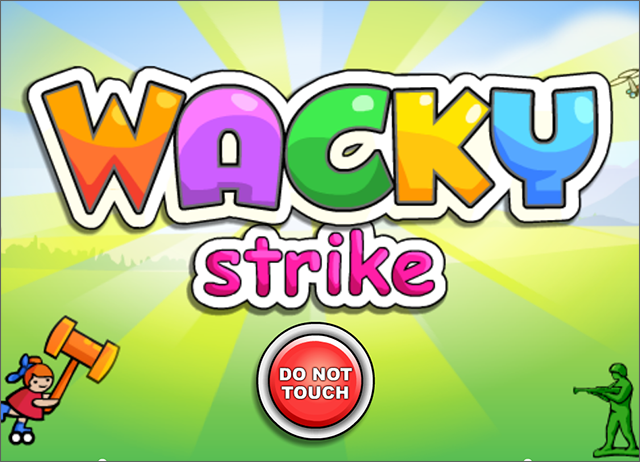 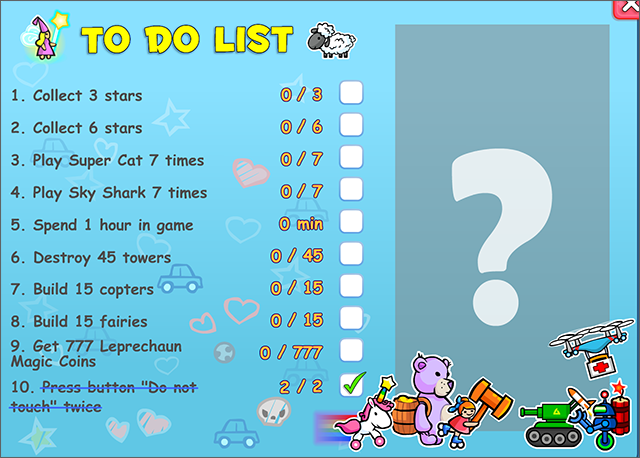