The Swedish Number: Call A Swede 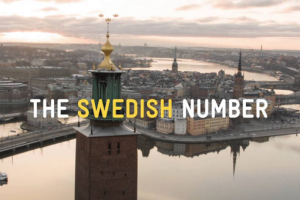 Pen pals may become a thing of the past when users start participating in The Swedish Number.

Sweden is the first country in the world to have its’ own phone number for anyone to call. The Swedish Number is a project created by the Swedish Tourist Association where users can simply call the number on the home screen and be connected to anyone in the country. It’s similar to Chat Roulette where users can be connected with anyone. In 1766, Sweden became the first country in the world to institute a constitutional law that abolishes censorship. The Swedish Number was created in honor of the anniversary and connect people from all over the world to any one person in Sweden. Anyone in Sweden is able to register to be part of this project, so callers will be exposed to all walks of life in a completely different country from their own. The Swedish Number hopes to send people on small adventures through phones calls, in hopes they lead to bigger adventures in Sweden!