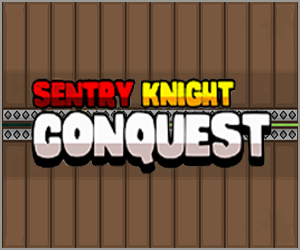 Sentry Knight: Conquest is a game in which you play as a marksman, defending against waves of oncoming attackers.

At the beginning of Sentry Knight: Conquest, your character is given a map and instructions to defend against the incoming attackers. 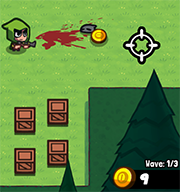 Those attackers come in waves, and it’s your job to fend them off. The game is quite brutal with its story and animation, as blood and foul language are common. The only controls of the game are moving (using WASD) and shooting (by clicking your mouse). Clicking your mouse fires the huge gun with which your character is equipped. In between levels, you can also make upgrades to your weapons. 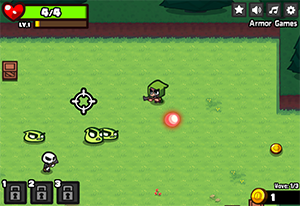 It can be tough to dodge and shoot at the same time, especially when you get to later levels and have to face bosses or take on quests. But being in control of one character gives you more control than the tower games that use a similar model of waves of attackers, so it’s fun to play with that unique twist. 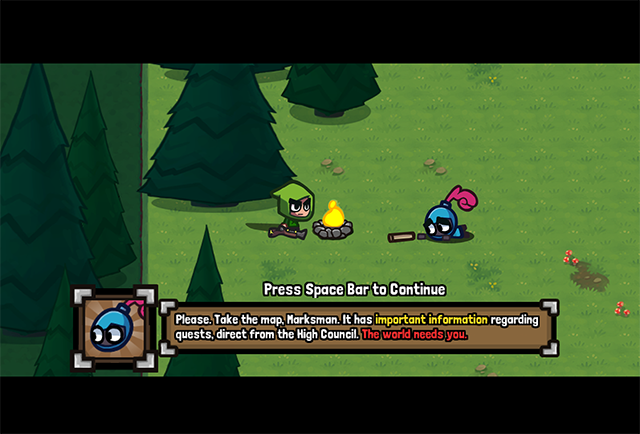 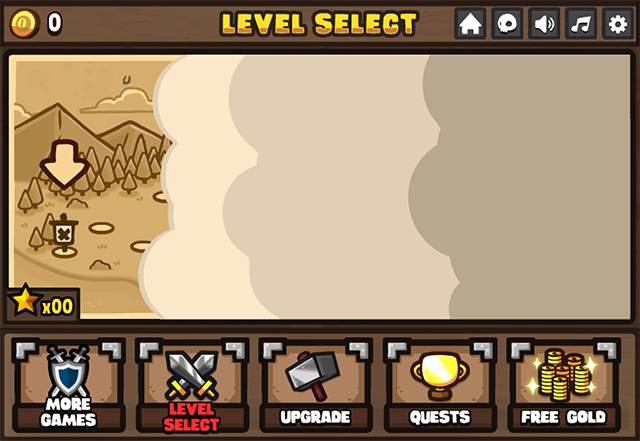