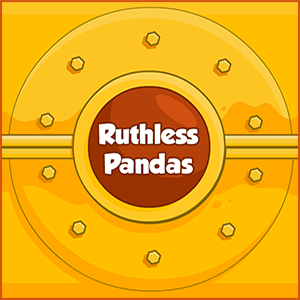 Ruthless Pandas is a game in which you play as a panda fighting from a spaceship against an alien invasion.

Ruthless Pandas begins with a short comic that gives the game some background context, showing how the main character was a prisoner that was freed to fight after an alien invasion. The backstory, of course, isn’t too important. 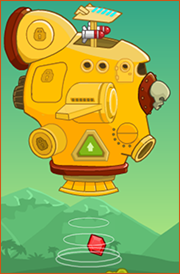 The fun part of the game is trying to destroy all the enemies and collect as many crystals as possible as you make your way through each level. At the beginning of the game, your ship’s main weapon is two guided missiles that open out of a hatch at the top. 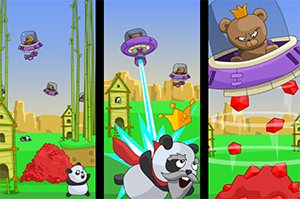 You have to wait for these missiles to recharge every time you use them, but you can fire them at the alien bears by dragging your mouse across the screen on the path you want them to follow. As you progress in the game, more weapons on your ship become available for upgrades. As you get more weapons, it gets more difficult because there are more enemies and bosses in your way. The other aspect of the game is collecting crystals by clicking the button on the bottom of the ship, which can be difficult to do when you’re in the middle of a battle. Juggling all these responsibilities during battle makes Ruthless Pandas a high-stakes and quickly-paced, entertaining game. 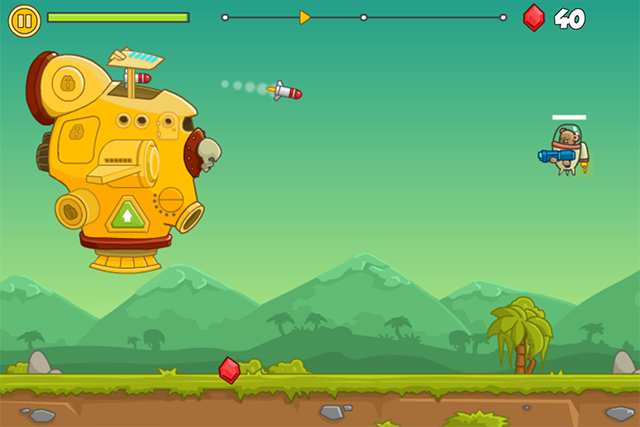 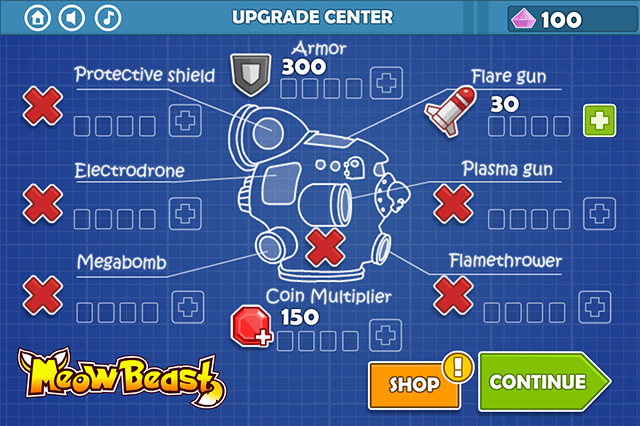