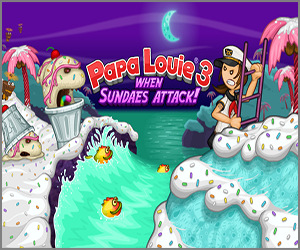 Papa Louie 3 is the third installment in the side-scrolling, online arcade game series.

Papa Louie 3 begins with a frame-by-frame, comic book-like story about Papa Louie opening a shop on a cruise ship before things go awry. After that, the game becomes similar to Super Mario. 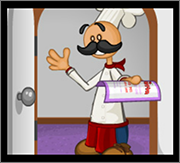 You walk or swim with the arrow keys, progressing throughout side-scrolling levels that are displayed on a map. You collect coins and fight monsters along the way. The story is only loosely explained, but most of the gameplay is spent whacking ice-cream and pizza-like creatures with the flag that your character is holding. In true Mario fashion, you can also jump on enemies’ heads to stun them.

There are also more puzzle-like challenges towards the end of some levels, which result in unlocking new “customers” that you can then play as. For an online flash game, Papa Louie 3 actually has a lot of features that make it feel like a regular video game. When you reach certain checkpoints, for instance, your progress is saved. The game keeps track of your points, time played, coins, and several other factors. You can load up to three profiles on the game. It’s a big, complex game, but the fact that you can play it in your browser makes it great. 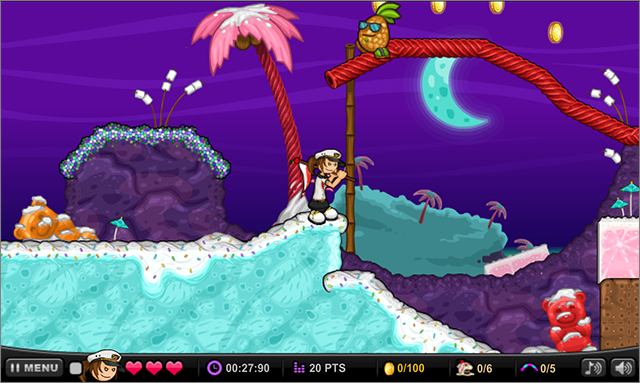 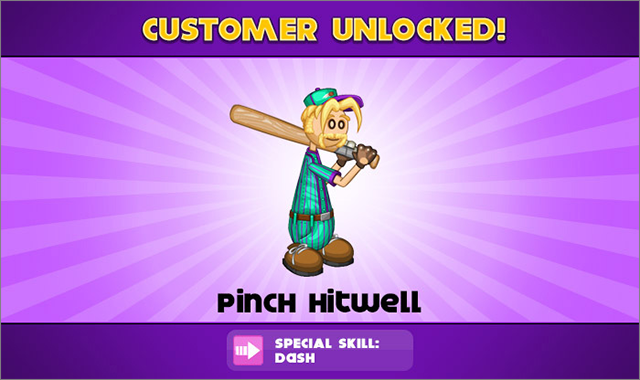