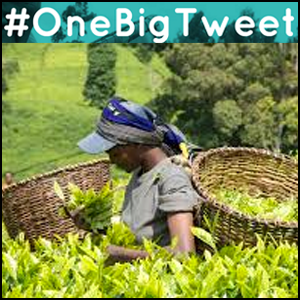 Donate your followers to charity with One Big Tweet.

One Big Tweet is a new fundraising campaign launched by the Cafédirect Producers’ Foundation. The non-profit organization works with small farms in Africa and Latin America, and this fundraising initiative is aimed at helping farmers. The good news is the organization isn’t asking for money. They’re just asking for your Twitter followers. The idea is that they’ll amass a tweet large enough that they can auction it for charity — by signing up, you give the organization permission to auto-retweet the #OneBigTweet from your personal account. The organization promises that it’ll only be a one-time thing, and you’ll never get any spam. You can trust them — it’s going to a good cause.

Donate Your Followers, Not Money 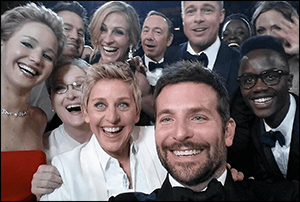 One Big Tweet is a confusing concept, but it’s actually quite ingenious. The site compares its mission with the “Oscar Selfie,” which quickly reached millions of people around the world (with an estimated advertising value of $1 billion). One Big Tweet hopes to have the same effect, attracting as many eyes to its campaign without having to spend a single dollar on advertising. By giving the Cafédirect Producers’ Foundation access to your Twitter followers, you’re helping them more easily spread their campaign. You can do good without doing much of anything (although you do have to click the “Donate My Twitter Followers!” button). So far more than 300 people have raised the equivalent of $11,000 by donating their followers. Add your Twitter account to that list and help the numbers rise. 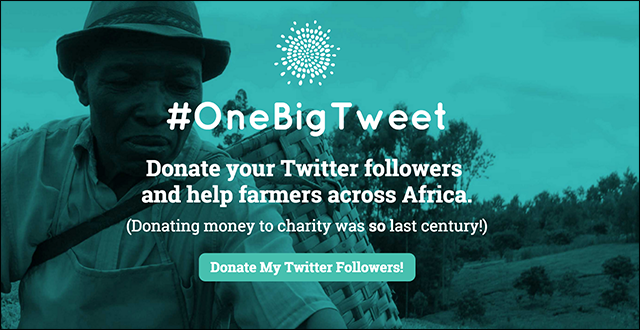