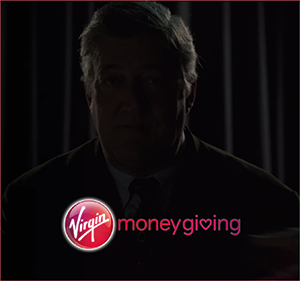 My Fundraising Film is a site created by Virgin Money Giving, letting you make your own personal film. 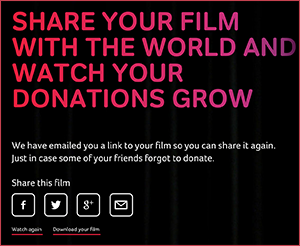 My Fundraising Film is an interactive site created by Virgin Money Giving, the online charity and donation platform. The site requires that you log in through e-mail or Facebook, giving some key personal details about yourself. If you’re hesitant to provide that information, don’t worry — it’ll all be worth it later. After you’ve successfully logged in (and created a Virgin Money Giving profile, if you so choose), your video begins playing back. It features a monologue from actor Stephen Fry, whose words are both funny and inspirational. The entire clip lasts around one minute, which is enough motivation to at least start thinking about donating on a platform like Virgin Money Giving. It was initially made as a way for London Marathon runners to raise money, but anyone can still use the site and get something out of it. 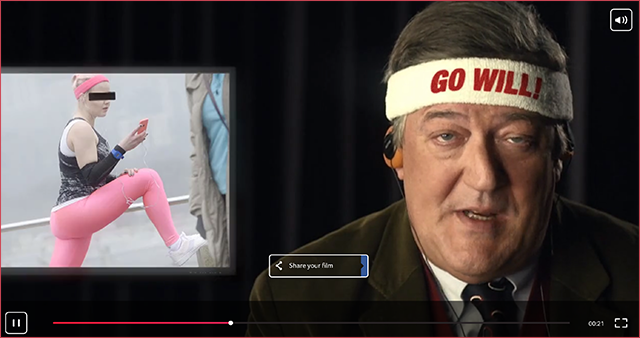 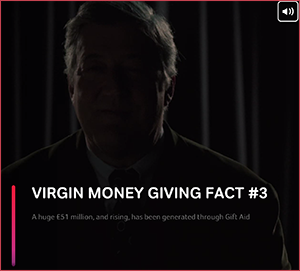 My Fundraising Film uses the information that you provide in order to make each video entirely personalized. Fry even says your name out loud (if it’s a popular one) during his dialogue. On the side of the screen, images from your Facebook profile appear. There are other funny little gags that make each video unique and entertaining. After your Fundraising Film is finished, the site e-mails you a link so that you can share it with your friends. It also gives you the option to share via social media, watch again, or download the film. This site may just be a promotion for another site, but it’s all done in the name of charitable donation. 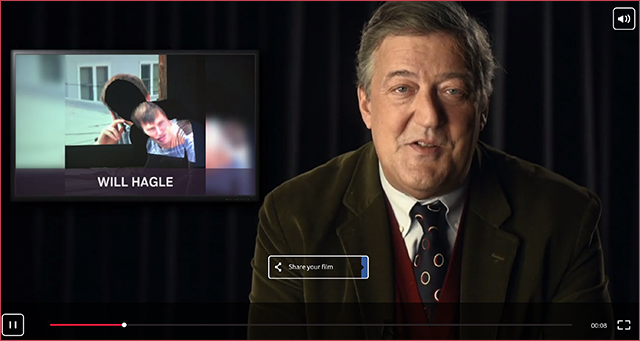