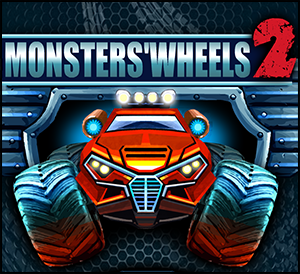 Monsters Wheels 2 is the second installment of an exciting monster truck racing game. 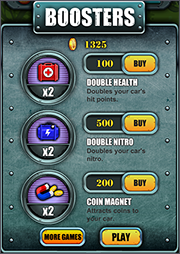 Monsters Wheels 2 begins with a simple backstory about a racer who won an important championship last year and was invited back to compete again. You play as that racer, driving through various courses in an attempt to secure another victory. The goal of every race is to finish first, although there are some other side-challenges that pop up on a level-by-level basis. You also are expected to collect coins along the way, which can be used to upgrade your car, purchase new abilities, and become a better racer. Performing tricks like flips also earns you more money to spend. 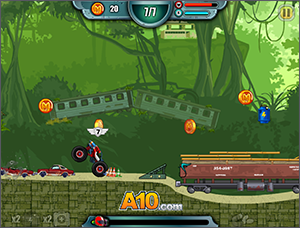 In terms of mechanics, Monsters Wheels 2 should be familiar to anyone that has experience with racing games. The arrow keys move your vehicle in every direction, while the space bar gives you a nitro boost when the tank is full. The game differs from traditional racing games, however, in that all of the cars are monster trucks. Instead of racing on a smooth track, you smash other cars, fly up ramps and jump through hoops along the way. This makes it harder to get going fast, but much more fun of a racing experience. There are plenty of levels to work your way through, so head over to the Monsters Wheels 2 page and get started. 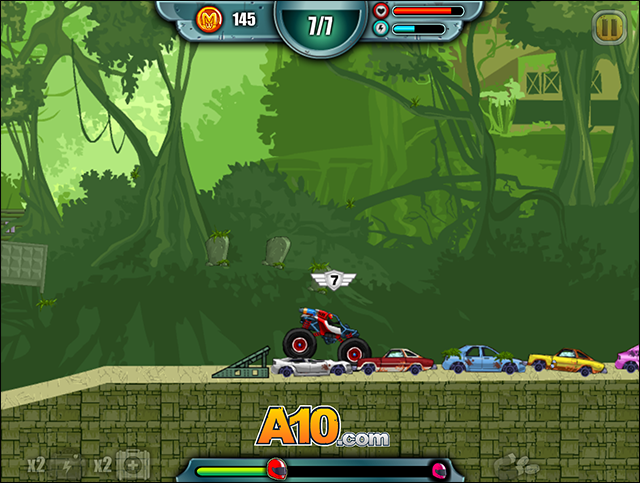