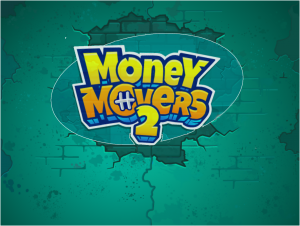 Money Movers 2 is the second version of the flash game in which you play as two criminals attempting to break free from jail.

Take The Money And Run

In Money Movers 2, the goal is to escape from prison. You play as two criminals, both of which can be controlled at the same time. One character is controlled using the arrow keys, the other using W-A-S-D. 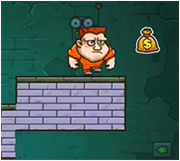 The ability to control both characters presents a stimulating challenge. In each level, you navigate the characters around different puzzles and obstacles in an attempt to reach the exit. Along the way, you collect bags of money. In every situation, the characters have to work together in some way to reach the end of the level. 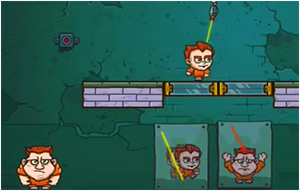 Sometimes one character is the only one able to reach a button or lever that allows the other character to continue progressing through the level. Sometimes you’re forced to get creative, using one character to jump on top of the other to reach new heights. There are 20 levels (plus a bonus) total. Solving the puzzle of how to break free and avoiding all the obstacles becomes increasingly challenging as you go along. It’s an entertaining game, and if you ever get stuck on a level there’s a helpful walkthrough button at the top that will point you in the right direction. 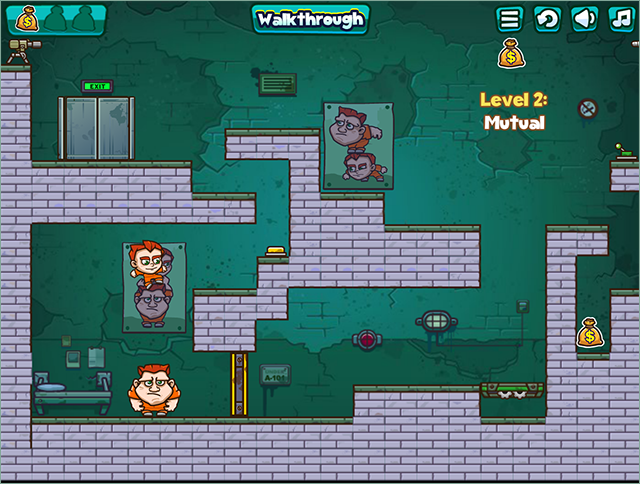 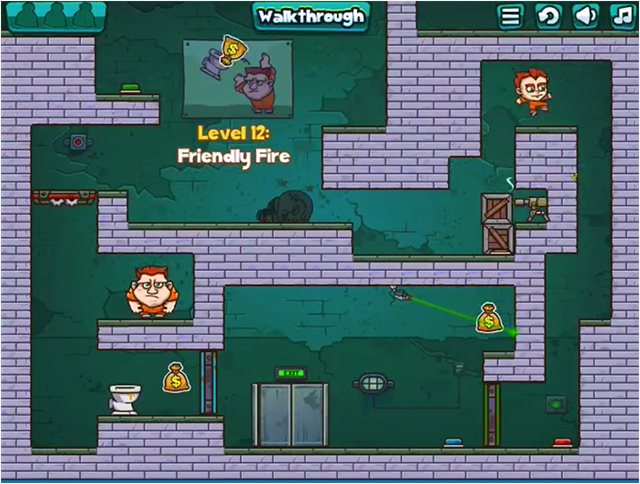