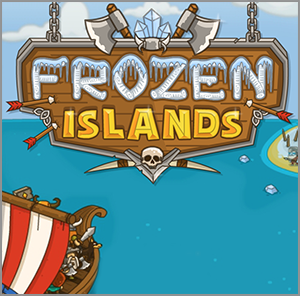 Frozen Islands is a flash game in which you control a group of vikings as they go from island to island, battling enemies and conquering the land.

Frozen Islands is a flash game that allows you to take command of a viking army as they travel from island to island. At the beginning of each level, you select how many vikings you’ll be able to bring into battle.

They then progress throughout the level (there are no controls, but you watch them move forward) and encounter various enemies along the way. The attacks are automated, and they’re based on the amount of points each side has. You can also launch special attacks, as well as arrow support from your boat, by clicking on buttons that slowly recharge as the game progresses. For every island you free, you gain glory points. 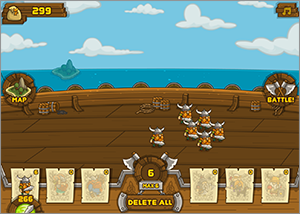 Once you earn enough glory points, you can add more vikings to your troop. After you start controlling islands, the game gets more complex. You can upgrade islands, collect taxes, and buy weapons. You have to take into consideration the happiness of your troops (by buying them beers and swords), as well as the happiness of your island inhabitants. If you collect too much tax, for instance, the island might revolt. Although you never actually do much during the battles on Frozen Islands, there are a ton of small details like that to keep in mind. It gets harder to maintain everything as the game moves along, but that only means that it gets more fun. 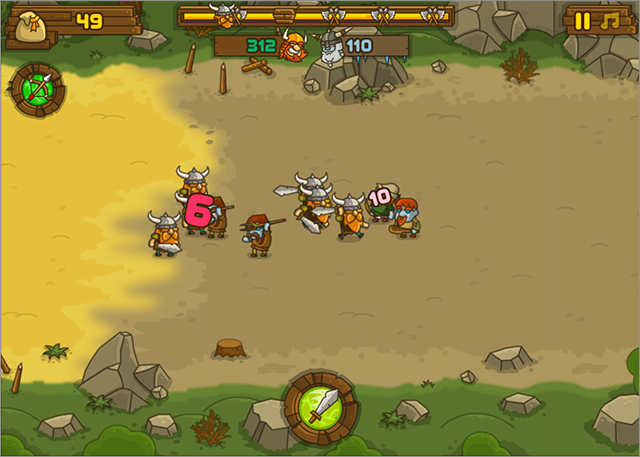 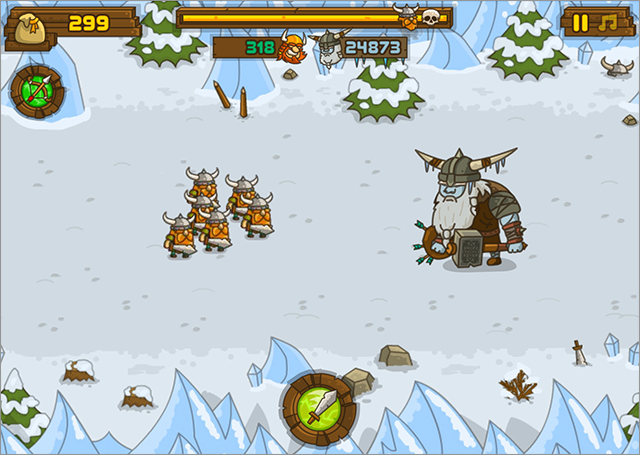