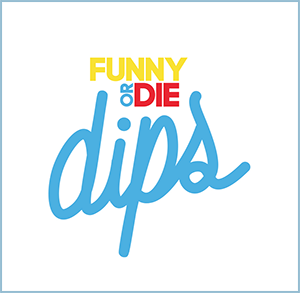 Dips is a platform for the Internet’s shortest videos, consisting of 1.5 seconds of looping comedy content. 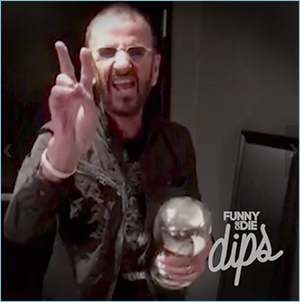 Dips began as Funny or Die’s 2015 April Fool’s joke. Site creators Adam McKay and Will Ferrel (along with the help of their famous comedy friends) made a promotional video explaining the concept, which they claimed would put them amongst the latest social media trends. The idea was short, looping videos like Vine. The only difference is that instead of six seconds, creators would only be allotted 1.5 seconds. If that sounds too short, you’re underestimating the talent of the Funny or Die team. On April Fool’s Day, the site was already packed with tons of hilarious (and hilariously short) videos. 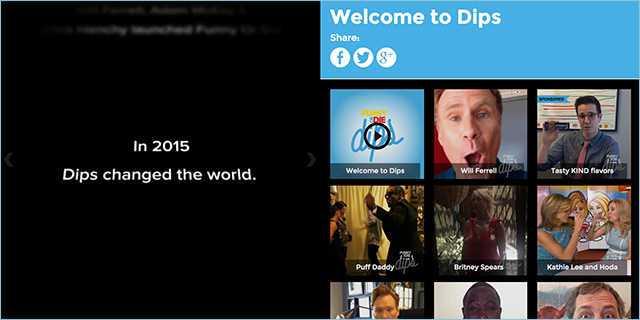 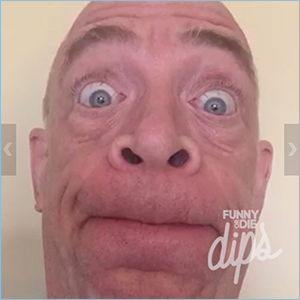 Most of the videos on Dips are funny because they were made by well-known personalities. It only takes 1.5 seconds, for instance, to watch Britney Spears walk into a glass door and then stare at the camera. It’s not quite enough time, however, for Ringo Starr to say “Peace and Love,” but that quote getting cut off makes the clip even funnier. Tons of other celebrities participated in the April Fool’s day stunt. Although Dips began as a lighthearted Vine parody for an April Fool’s joke, Funny or Die has decided to leave the site up. It’s unclear if they’ll continue adding content, but at least the Dips that already exist are there for our entertainment.