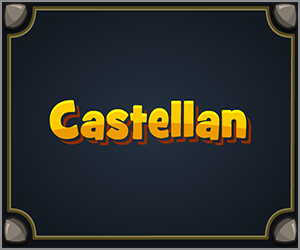 Light Up The Castle

“Castellan” is a word meaning “the governor of a castle.” 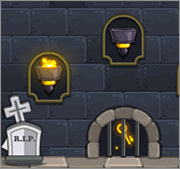 The flash game by the same name takes place within the walls of an animated castle. You play as the castellan, dressed in armor and wielding torches that light up each room. It’s a side-scrolling game, meaning the only real controls involve using the arrow keys to walk around and jump. 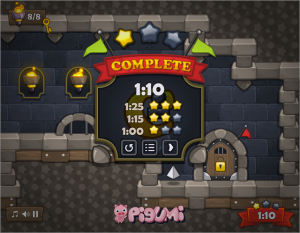 Each level begins with a clearly-defined mission, which usually consists of lighting the castle lanterns, solving a small puzzle, and reaching a specific doorway. These puzzles become increasingly challenging as obstacles are thrown in the way and more steps are required to complete each level. The game also times how long it takes you to complete a different task, giving you points based on the amount of time elapsed. It can be tough to avoid things like the floating triangles, which instantly kill your character. Other than that, the game is fun and easy-to-understand. Some of the missions are challenging, but it’s definitely worth giving a shot. 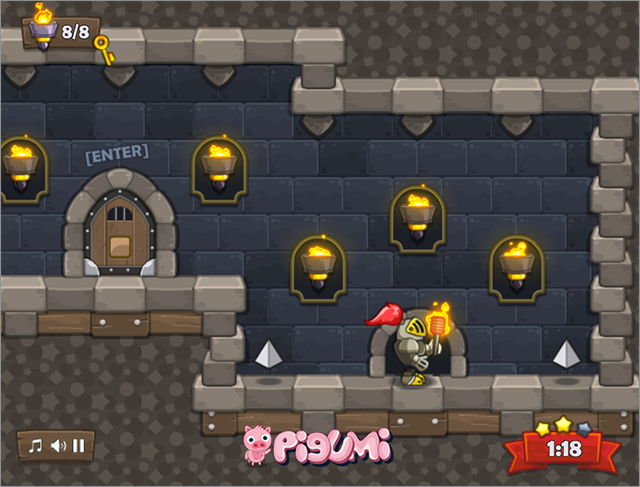 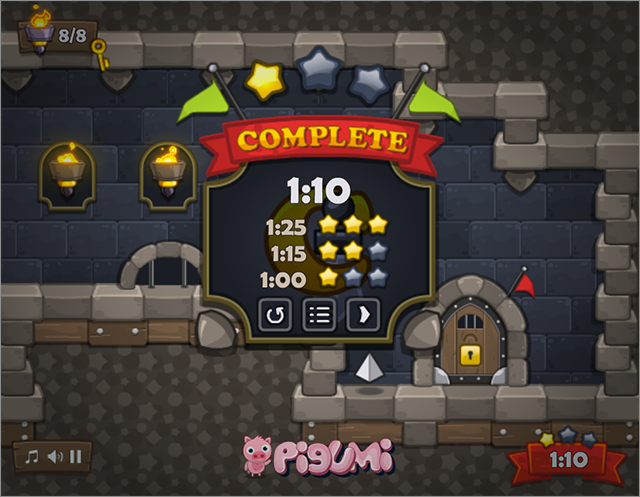