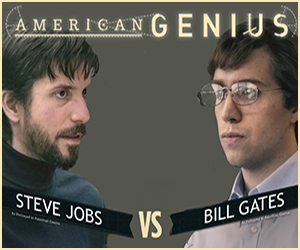 American Genius tells the stories of the world’s greatest rivalries.

The Best Rivalries In American History 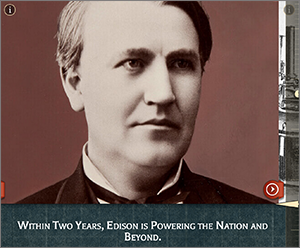 American Genius is a mini series that airs on the National Geographic Channel on Monday nights. The show consists of several short documentaries, profiling how American thinkers and innovators have changed their respective industries. As part of the build-up to the series, National Geographic has launched an interactive site that helps you explore these individuals’ lives. The site doesn’t just tell you about people like Steve Jobs or Thomas Edison, however. It pits rivals like William Randolph Hearst and Joseph Pulitzer or Steve Jobs and Bill Gates against each other, showing how their antagonistic relationships fueled each other’s creativity and progress. 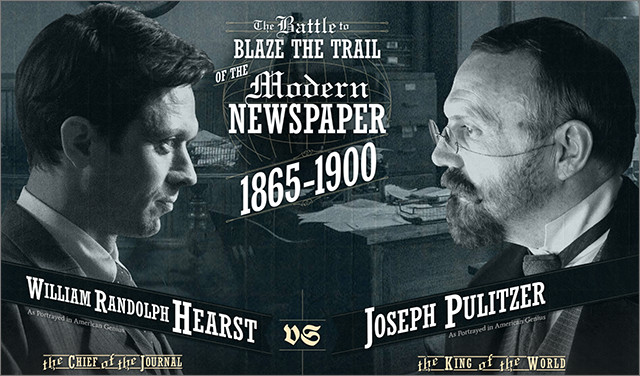 Other rivalries included on American Genius are early aviation pioneers the Wright Brothers vs. Glenn Curtiss, television creators Philo Farnsworth vs. David Sarnoff, gun manufacturers Samuel Colt vs. Edwin & Daniel B. Wesson, wartime nuclear physicists  J. Robert Oppenheimer vs. Werner Heisenberg, Edison vs. Tesla, and the Space Race between the U.S.’s Werner Von Braun and the USSR’s Sergei Korolev. Even if you don’t watch the mini-series, you can learn a lot by reading through these rivalry pages on American Genius’s site. It’s interesting to see how the lives of intelligent, powerful people impact each other and affect each other’s careers. It’s also great to see which side of the rivalry you support, and there are little quizzes along the way that give you more insight.