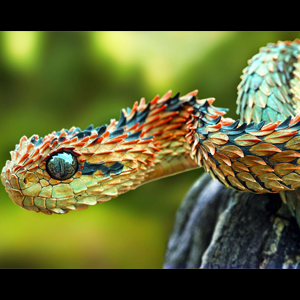 It is estimated that there are about 8.7 million different species of animals in the world. Out of all these species, there has to be some that look so exotic they don’t look real.

Yes, These Animals do Actually Exist in Nature.

There are so many pictures on the Internet of animals that look really awesome, unique, and sometimes just plain ugly. Check out these 10 animals below and decide for yourself whether or not you think they exist in nature. 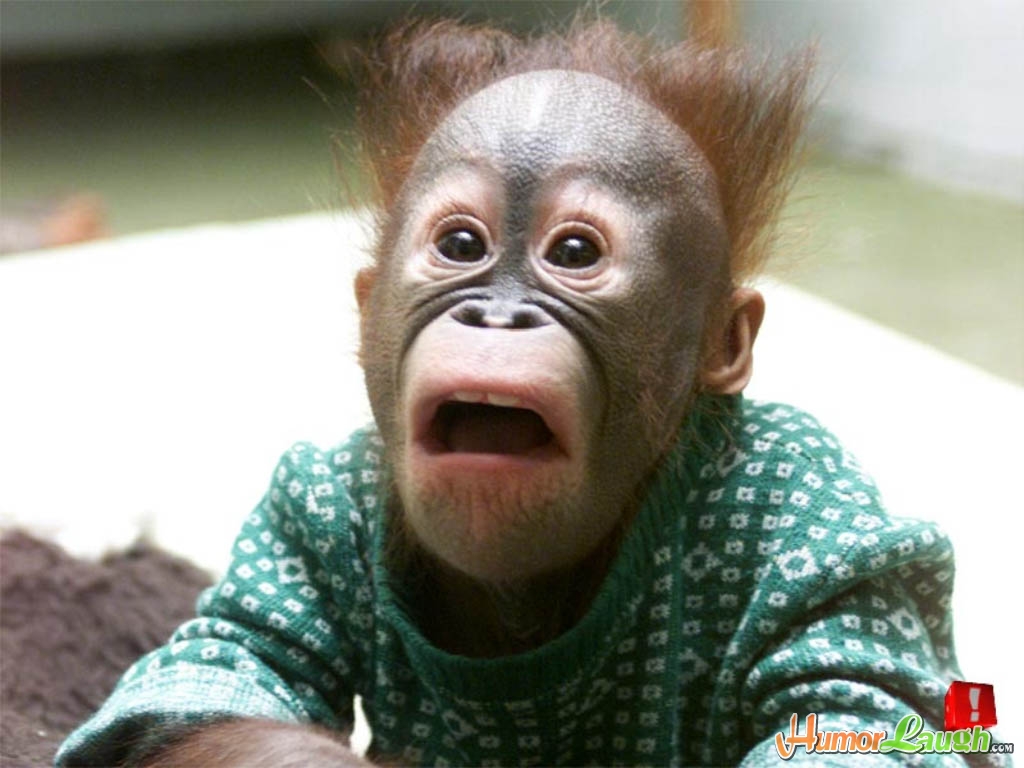 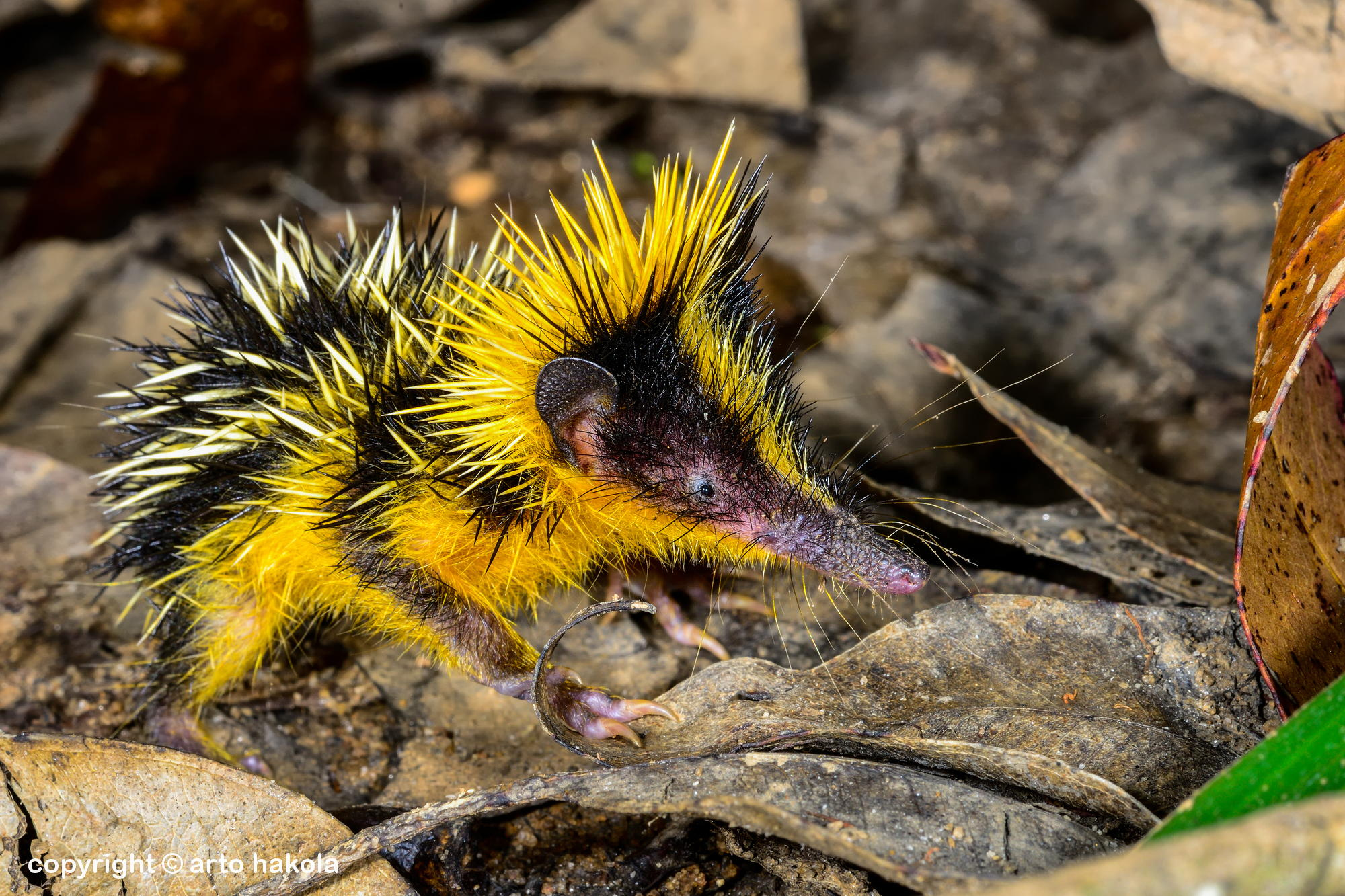 The Lowland Streaked Tenrec is found only in the rain forests of Madagascar. What makes them unique is their color pattern, which consists of yellow stripes down the length of their body. The striping patters were likely developed as a means of camouflage. They also have striped barbed quills as a defense mechanism, which protect their woolly underfur. 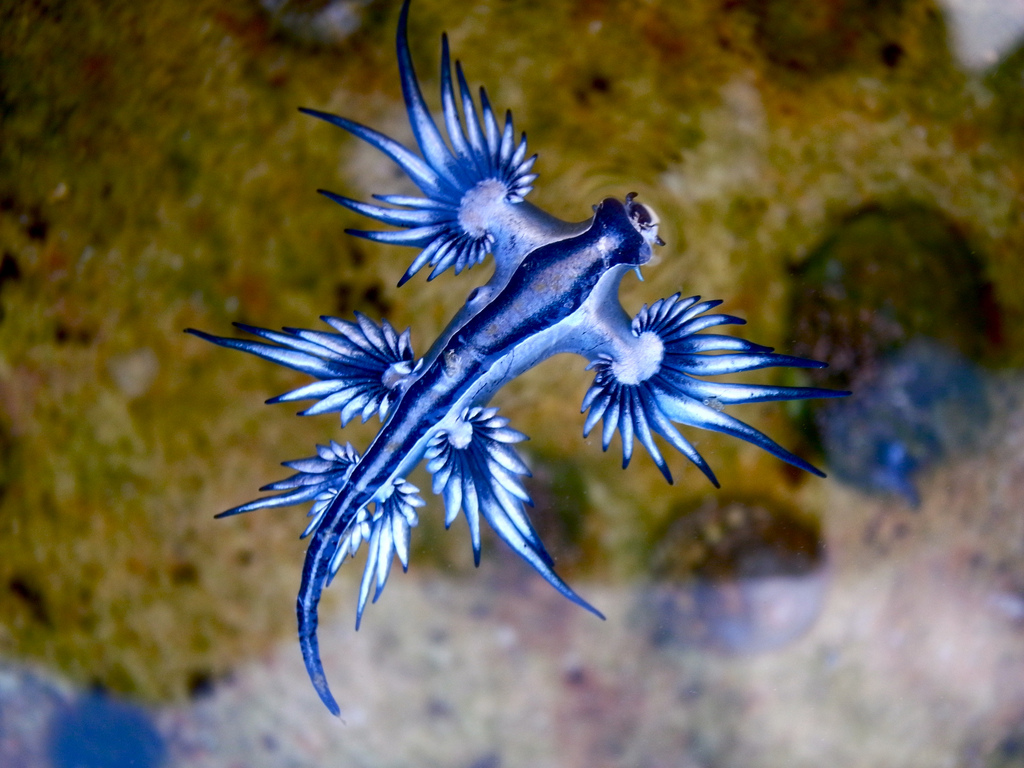 The Glaucus Atlanticus is a species of small blue sea slugs that has a very interesting color. They are a bright blue color on the bottom of their bodies and silvery color on the top. The colors are like this as a very tricky camouflage mechanism. The sea slugs tend to float upside down while in the water. This allows the blue side of their body to blend in with the surface of the water from above, while the silver side of their body blends in with the surface of the water from below. 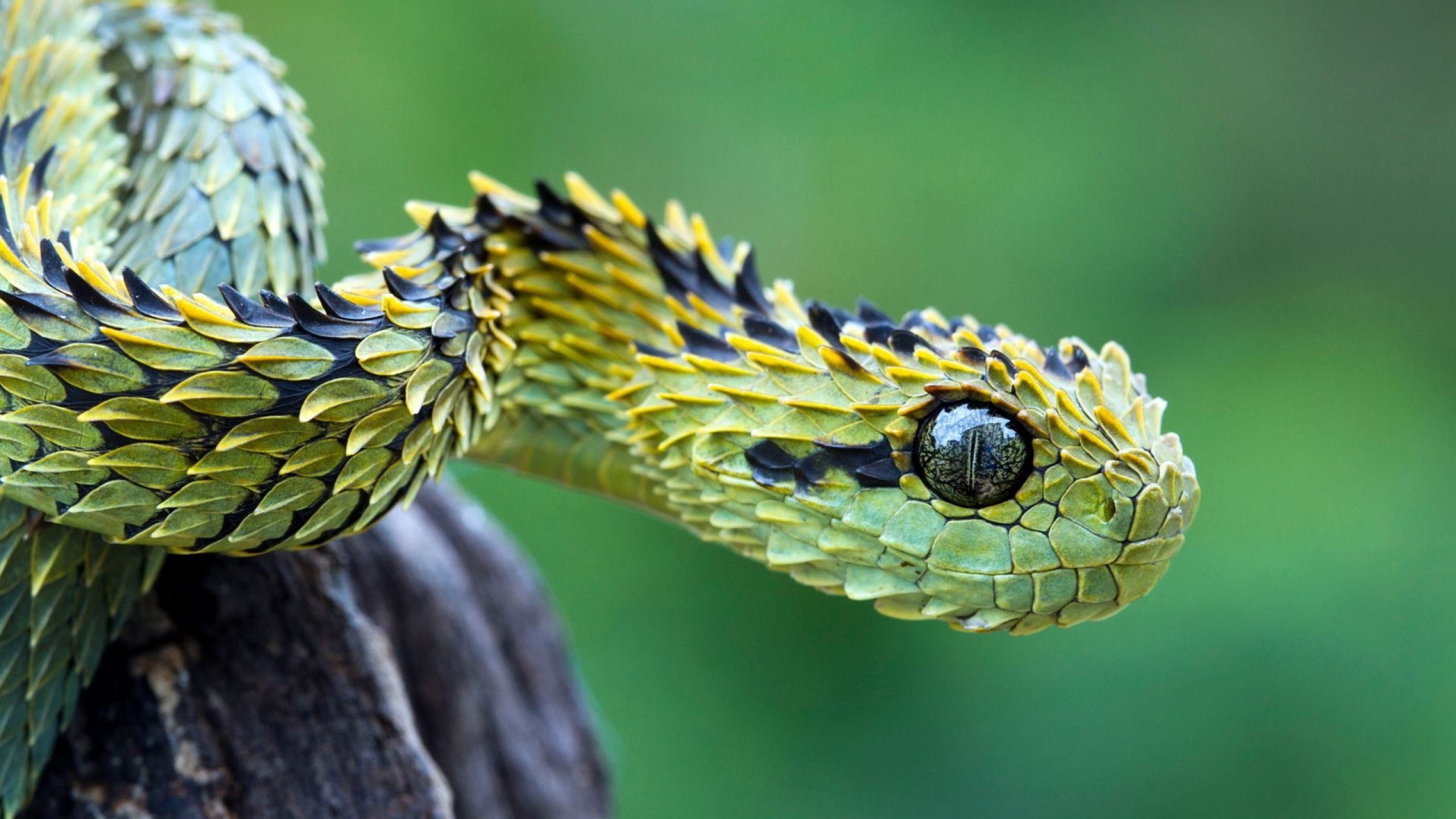 The Bush Viper, or Atheris, is a species of snake native to the rain forests of sub-Saharan Africa. They are generally small in length, with maximum body length reaching around 16 inches. This particular genus of vipers comes in various colors and patterns, making them very diverse and unique. 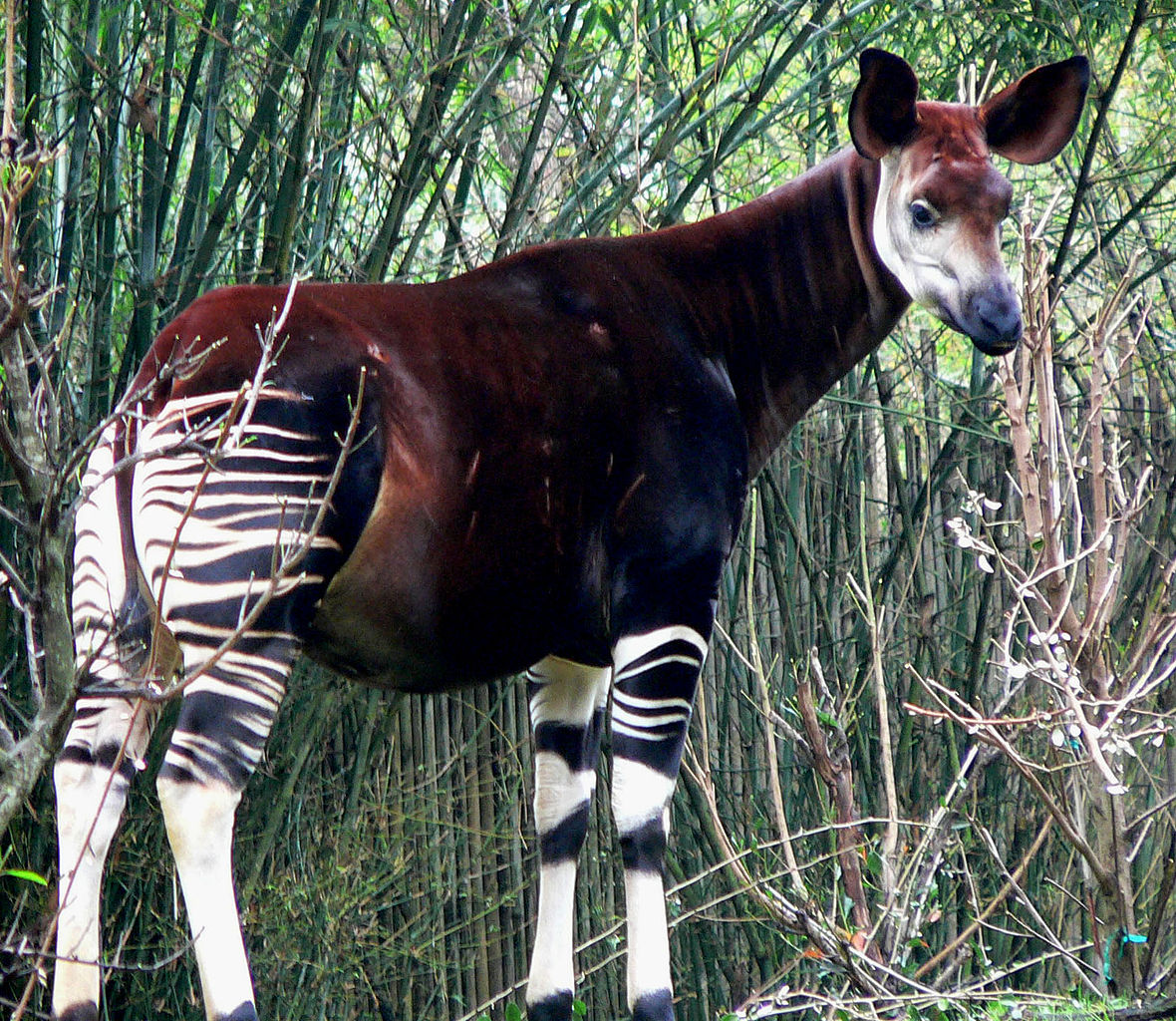 The Okapi is a mammal native to Central Africa that, genetically speaking, is most closely related to a giraffe. What makes this animal so unique is the fact that it appears to be a cross between a zebra, giraffe, and a bear. The Okapi are an endangered species, and are constantly under the threat of poachers and hunters. There have been many organizations that have developed laws and wildlife refuges for the beautiful animal. 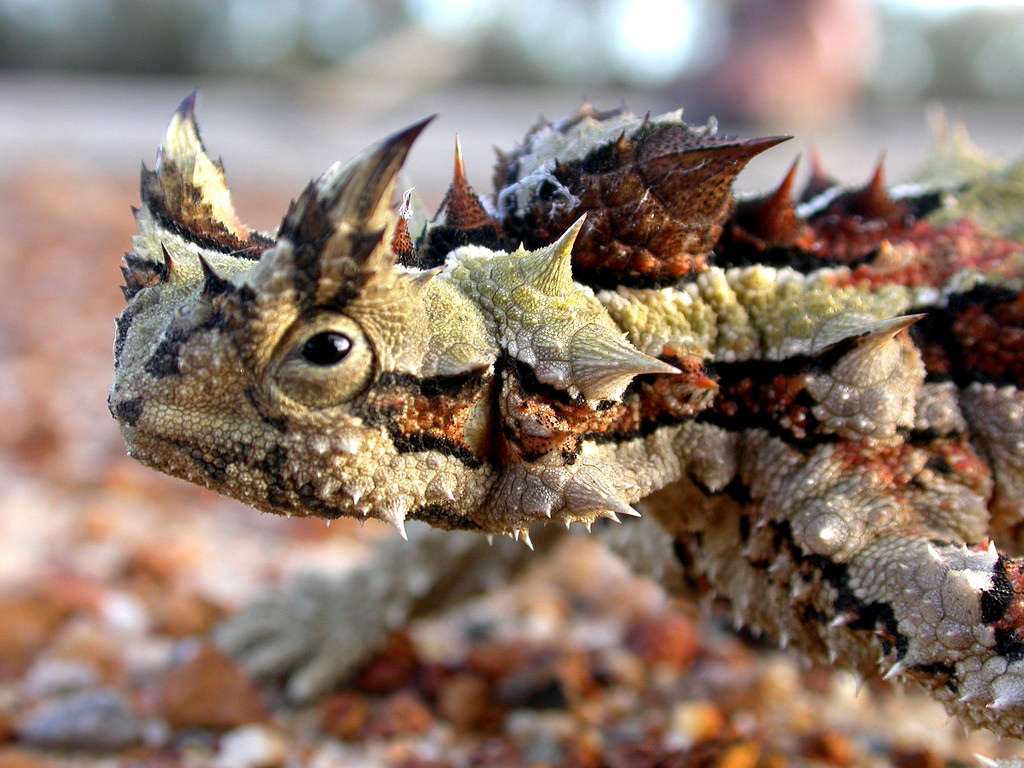 The Thorny Dragon is a small Australian lizard that grows to about 8 inches in length. Because the Thorny Dragon is found in the desert of Australia, the lizards are a camouflaging shade of desert brown to allow them to blend into their surroundings. One feature that makes Thorny Dragons unique is their “false head,” which is presented to its predators in place of its real head. 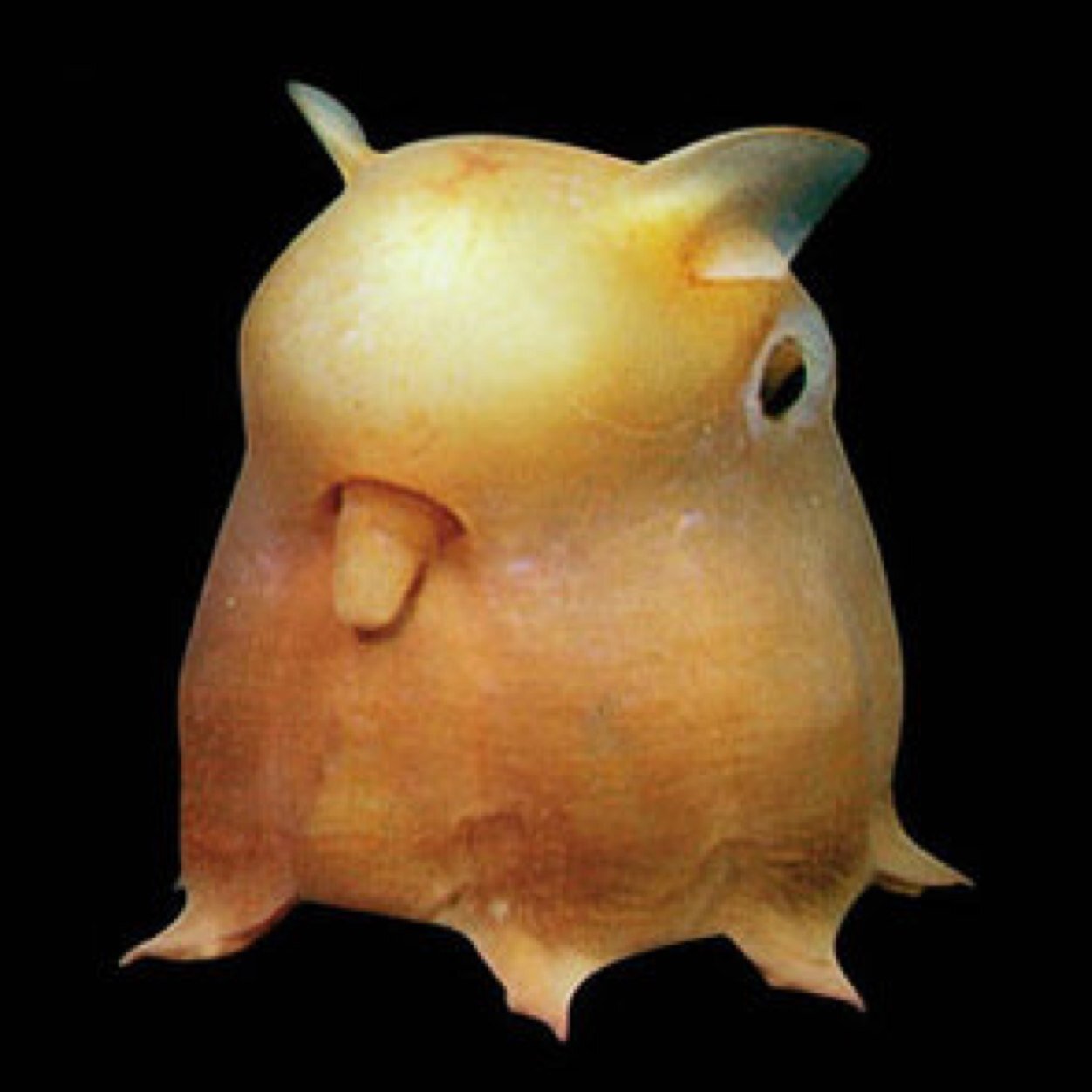 The Dumbo Octopus is a deep sea creature that is very unique due to its big ear-like fins, which resemble the ears of “Dumbo” from the Disney movie of the same name. It is also known for having a short, squat body, along with 8 webbed arms lined with suckers. 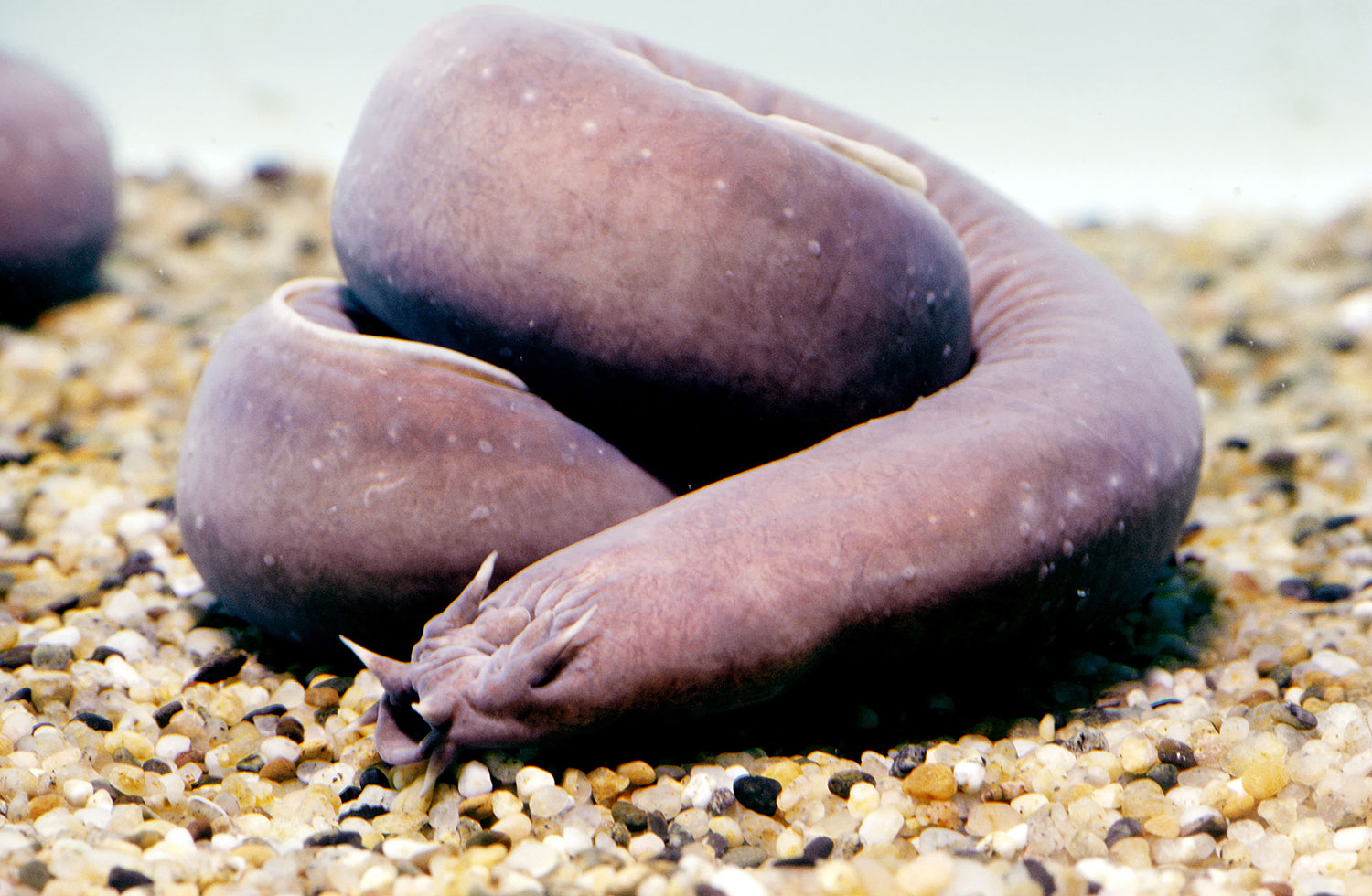 The Hagfish is an eel shaped fish that is unique because it is the only living animal that has a skull but no vertebrae. What’s interesting about hagfish is that the current, living hagfish are very similar to hagfish from 300 million years ago. 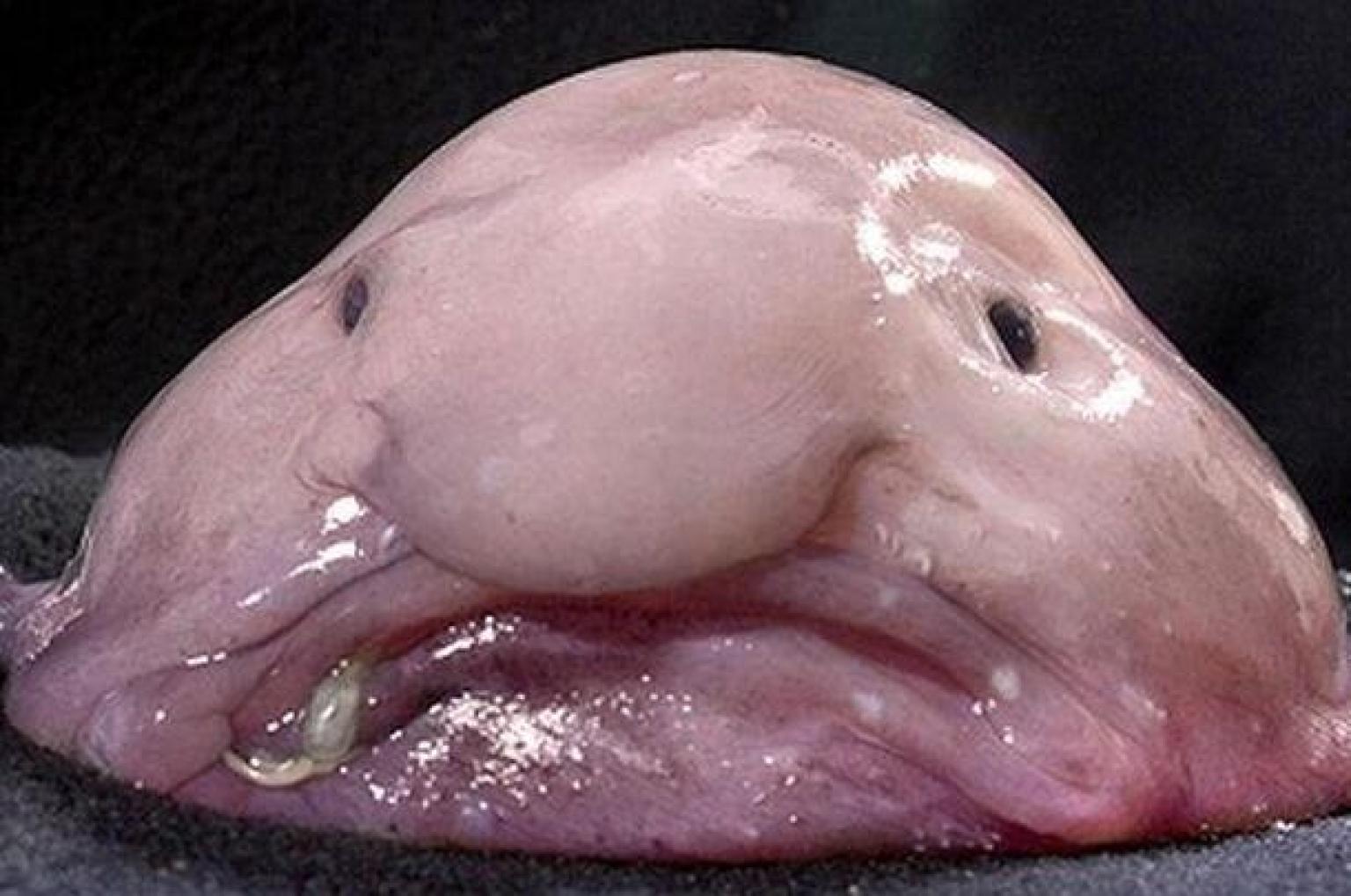 Voted as “The world’s ugliest animal” in 2013, the Blobfish is a deep-sea fish that lives in the oceans surrounding Australia and New Zealand. The reason for the Blobfish’s compressed shape is because its flesh is very low density and looks normal underwater. When it is out of water, however, gravity makes it look the way it does in the photos. 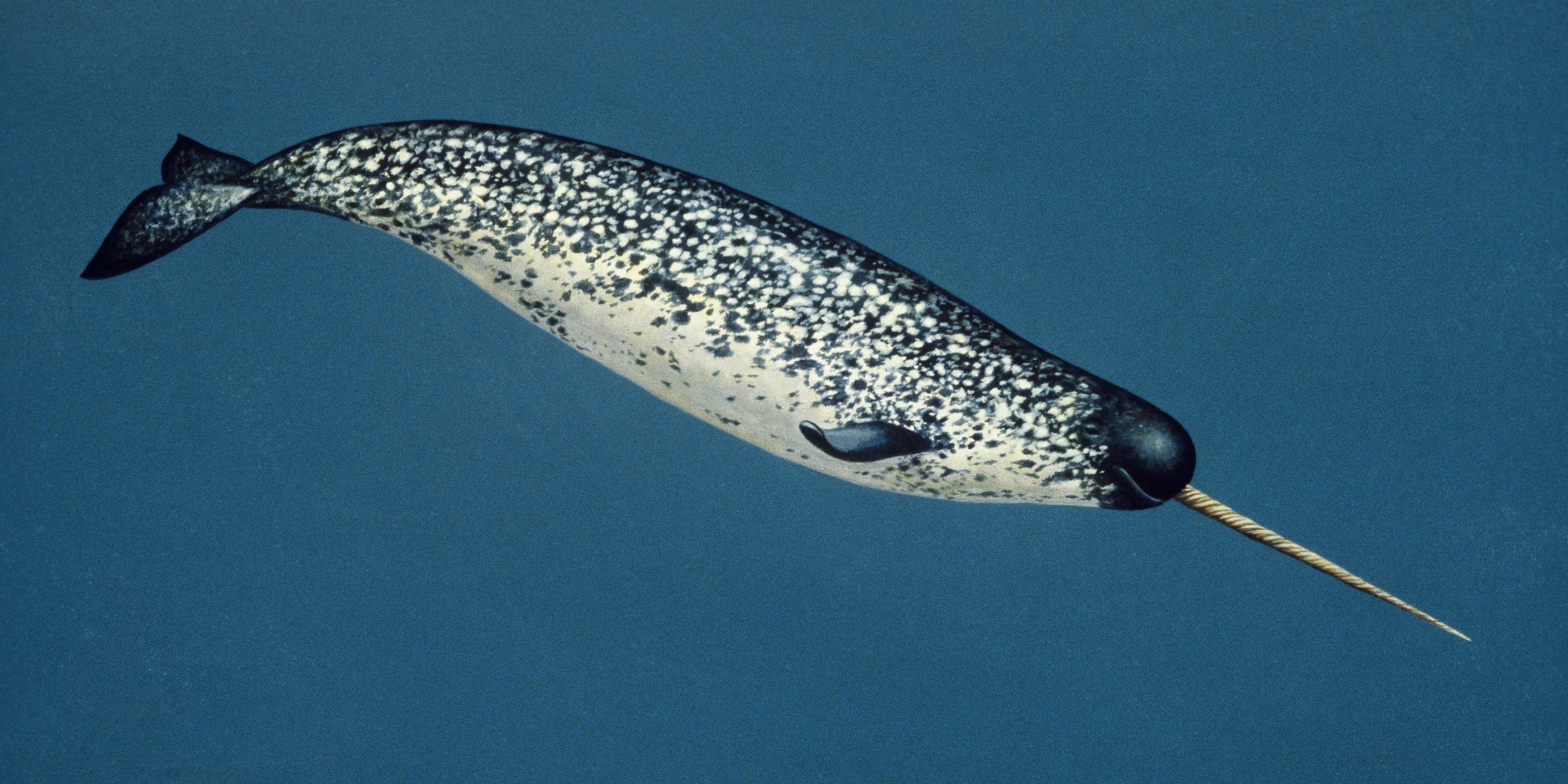 One of the most recognizable animals in the world, the Narwhal is a medium sized whale with a big horn similar to that of a unicorn. They are primarily found in the Arctic regions of the world around Canada, Greenland, and Russia. 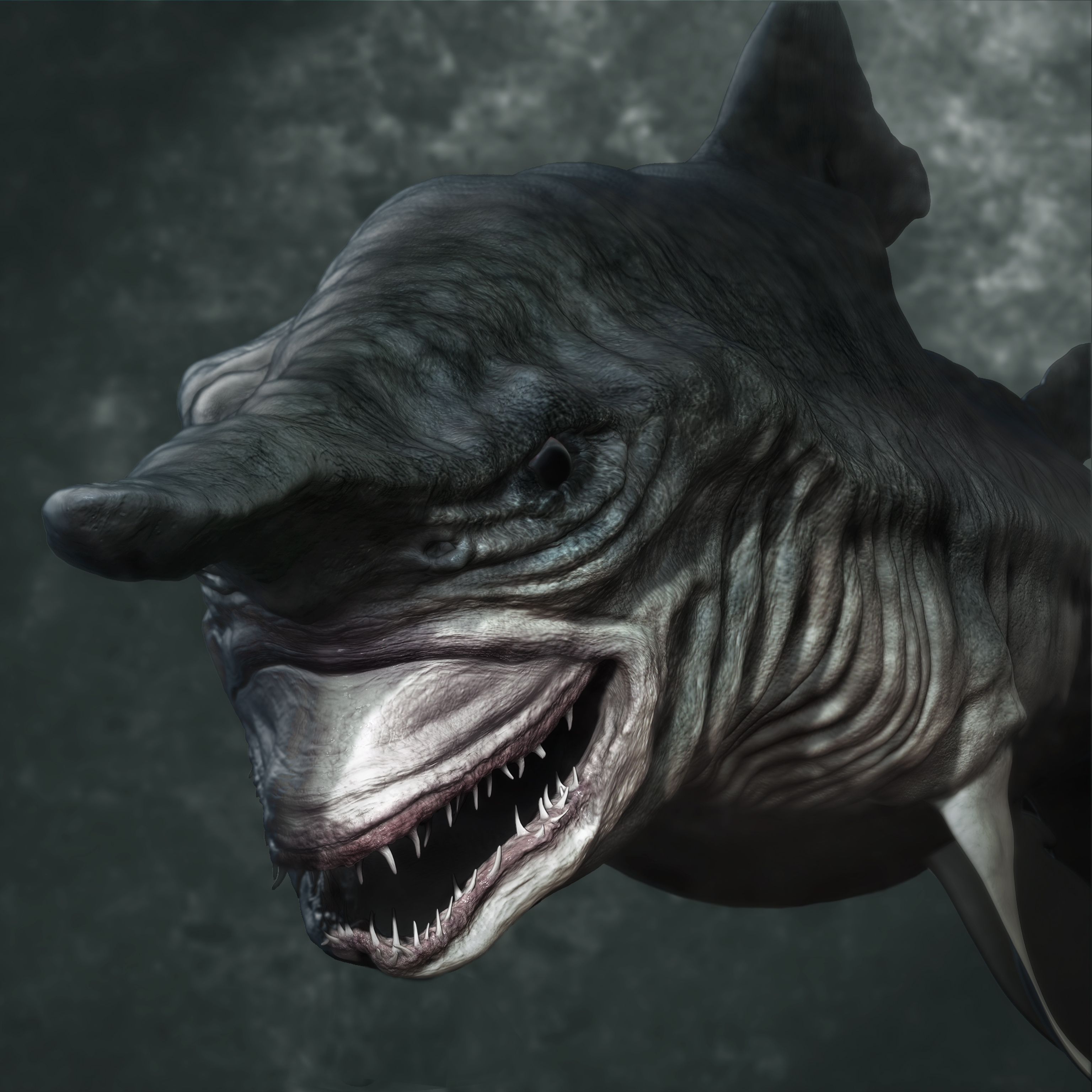 This scary looking creature is a “living fossil”, meaning it closely resembles a species that existed about 125 million years ago. The Goblin Shark is recognizable by its large snout and uniquely shaped jaw. Goblin Shark sightings are rare as they tend to dwell at very deep depths of the ocean around coastlines from various parts of the world.

The best viral videos on the web are on WhySearch, updated daily for all your funny, extreme, and nature video needs.