Letterboxd: Your Life In Film 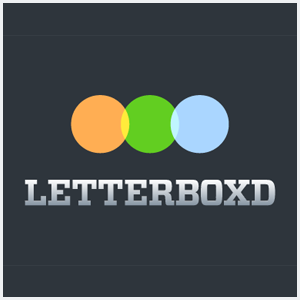 lets you start a film diary, and tell your friends about it. 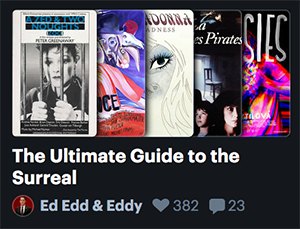 Letterboxd, essentially Goodreads for film, is such a simple idea it’s surprising that the concept hasn’t successfully been done before. It has been attempted—by sites like the unimaginatively-named Good Films—but none have been able to build as large of a community around a quality product like Letterboxd. The site is also comparable, in a way, to Rotten Tomatoes, but it doesn’t use the same rating system or have a section for critics. It’s truly a social network for cinephiles, a place for people to discuss movies they’ve seen and peruse a collection of titles for potential future viewing. 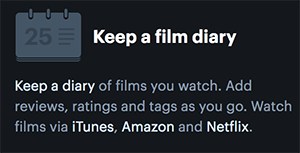 The core feature of Letterboxd is the film “diary,” or a user’s collection of ratings, reviews, and tags of each movie they view. Users can also build lists of movies, and share those diaries and lists with other members of the Letterboxd community. Not all of the reviews on Letterboxd are as thoughtful as the critiques on the aforementioned Rotten Tomatoes, but sometimes it’s nice just to quickly read what an “average person,” or a trusted friend, has to say about the most recent releases. Letterboxd, like Goodreads, is also a great place to find out about movies both old and new that you may have missed. It’s fun to browse the site, discover new films and people’s thoughts on those films. If you’re a fan of cinema and looking for a likeminded community, consider signing up.