Nightly: Two Hotels Instead Of One 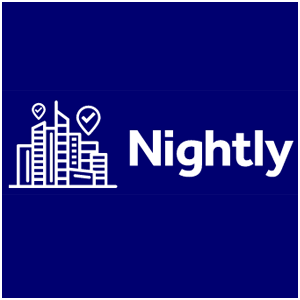 is a hotel booking platform that offers two hotels rather than one. 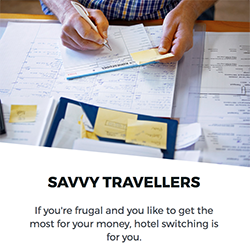 Nightly is one of the more interesting companies to enter the crowded hotel booking space. While Kayak, TripAdvisor, Hotels.com, Priceline, and Expedia all have their (slight) differences, for the most part they’re pretty much the same. There’s a reason that most of those sites let you compare fares to their competitors. Nightly is a hotel booking platform, but it has a unique purpose: rather than booking one hotel, the site allows potential travelers to book two hotels for (what they claim to be) less than the price of one. The concept is called “hotel switching,” and Nightly’s algorithm claims to be able to find the best deals by utilizing it. 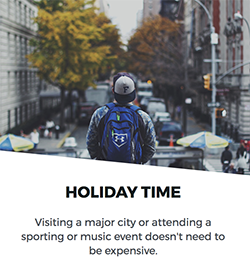 Nightly’s approach to hotel booking might not be for everyone. It’s often annoying to switch hotels in the middle of the trip, and sometimes paying a little extra can be worth the cost of having a consistent place to stay. For those who don’t mind moving, however, it could provide an extra sense of adventure to your travels. You can see multiple neighborhoods in one city, for instance, or get to check out two different hotel brands. Nightly can be used basically worldwide, as the site works with thousands of hotels in 180 countries. If you’re traveling somewhere and want to save on hotel costs, it’s worth checking out to see if hotel switching can land you a better deal.