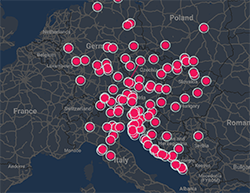 Planning a trip to Europe tends to be less difficult than traveling anywhere else. The continent is well-connected via train lines and budget airlines, and getting from city to city is typically inexpensive and relatively easy. Still, there are a few city-to-city routes that require travelers drive (or take the bus). There are plenty of sites for planning or booking travel between cities (Rome2Rio, for instance), but few of them offer as unique and useful a service as Daytrip. Daytrip lets you book transfers between European cities with local, English-speaking drivers. The main reason to use Daytrip is if you want to make your inter-city travel more of a guided tour, stopping at places along the way. 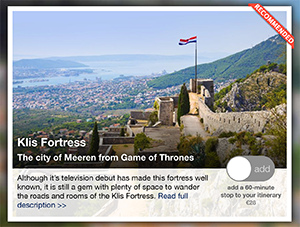 You can book a trip between most European cities on Daytrip, though the focus is primarily on central Europe. All you need to do is enter the cities that you’d like to travel between, the dates you’ll be traveling, and the amount of people who need to be transferred. Daytrip will then return a suggested itinerary of things you should be doing along the way. Even for shorter trips, such as one between Split, Croatia and Dubrovnik, Croatia (a common route which does not have a connecting train line), there are plenty of sightseeing adventures along the way that could enhance your trip. Although Daytrip is currently limited to Europe, it’s a great idea that could be useful in other places around the world, especially locations where car travel is the common method of transportation. For now, if you’re planning a trip around Europe, consider checking the site out.