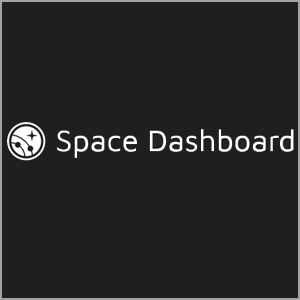 contains everything you need to know about what humanity’s doing in space right now.

There’s a lot going on in space. Several different governments and companies are involved in humanity’s exploration of the unknown. Thankfully, a front-end engineer Caleb has organized all of the important space-related information out there into one visually-appealing, constantly updating website called the Space Dashboard. As Caleb writes on the About page, he built the site because he “wanted as much space related data on the screen as possible.” He succeeded, culling maps, charts, videos, and more from NASA and other places. If you want to watch a view of earth from the International Space station with multiple angles, Space Dashboard is the easiest place to go.

Space Dashboard also displays the names of every human in space (there are only three, currently), as well as a regularly updated list of “Near Earth Objects.” The site also displays information about each of the satellites various countries have launched into space. Although Space Dashboard is a simple website—and probably not much more than a fun side project for Caleb to practice and improve his coding skills—it’s still a great tool. Check it out if you want to visualize everything going on with humanity’s exploration of outer space. And you can always support Caleb by buying him a coffee if you like what he’s done.