The Perspective: Get To Know What The Other Side Thinks

understands that there are at least two sides to every story.

Get Out Of Your Own Bubble 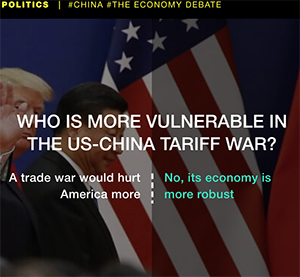 The media is becoming increasingly divided. People are living in bubbles, fueled by the content that’s tailored specifically to their own visions and world views. A single event can happen, and both ends of the political spectrum will immediately distort the facts to fit their own agenda. Depending on what news source you read, your own opinion will probably be shaped in at least some manner, no matter how critical and aware you aim to be. That is just the nature of reality in 2018. The Perspective is a news site that understands the pervasive bias throughout the media landscape, and aims to digest real world events from both sides.

See How The Other Side Thinks 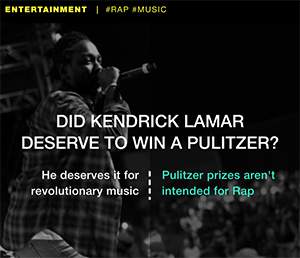 Obviously there is more nuance to the news than just left or right-leaning politics. Yet a bias that skews in either of those directions is typically what’s presented to us. The Perspective handles each headline, in the form of a question, with two different opinions. For example, the headline “Is Trump Meeting Kim Jong-Un A Good Idea?” is followed by “Trump won’t get what he wants” on the left and “This meeting could be productive” on the right. The site doesn’t only deal with politics, though, as there’s also a question like “Is Harry Potter and the Cursed Child Worth The Hype?” with two similarly varying opinions. Each headline links to two separate articles from third-party sources, arguing opposite positions. You can also choose where you stand, making the site update in real time to reflect your vote. Browsing The Perspective likely won’t change your world view, but it does provide an interesting way of analyzing the news of the day.