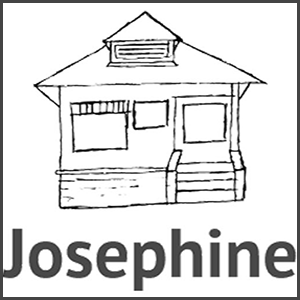 lets anyone make and sell (or eat) home-cooked food in their neighborhoods. 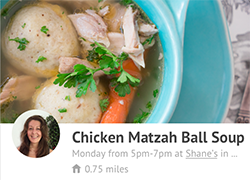 Josephine is bringing food into the sharing economy. The site allows regular people to cook food in their actual homes, selling them to whoever wants to enjoy their meals. The same way Uber drivers can use their own car to drive people around through the medium of the app, people can apply to be cooks through Josephine and charge money for meals made in their own homes. It’s a simple idea, but it’s also somewhat revolutionary. It seems obvious that people should be able to cook for each other, but the legality of the startup isn’t yet certain or explicitly established.

Become the Chef You’ve Always Been

Josephine is headquartered in Oakland, California, where a bill was recently introduced that would “legalize” homemade food for sale. Josephine cooks currently have to own a Food Handler Card and pass a home kitchen inspection, but there’s still no exact law governing the sale of food made in one’s home (without the regulations that restaurants have to pass through). Josephine is sponsoring the new California bill, which would be a boon to their business. The company still operates outside of California, and is building a movement of meal-sharing that has the potential to disrupt the restaurant industry similar to the way ride-sharing companies and other gig economy apps disrupted their respective industries. Tech industry jargon aside, Josephine is just a good place to get a good, unique meal.