Wordmap: Explore The Relationship Between Language And Geographical Space

Posted on Wednesday, February 18th, 2015 by Will Hagle 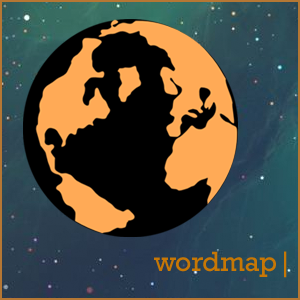 Wordmap uses the power of Google Translate and Wikipedia to put into context the relationship between language and geographical space.

Wordmap is a beautifully-designed interactive website that uses Google Translate and Wikipedia to display information about words and language, 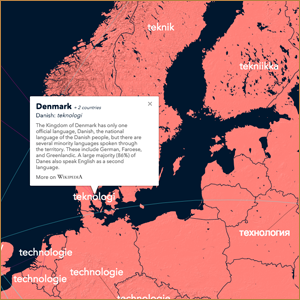 contextualizing them based on how they change across languages and borders. The site was built by the Easy Way Language Center, a language school and advertising translation service. The homepage displays a stylized map of the world, which can be explored by dragging your mouse around the screen. In the center of the screen is a text box, encouraging visitors to “Type in any word in any language.” After entering in any word, the site then begins mapping the word in different languages. 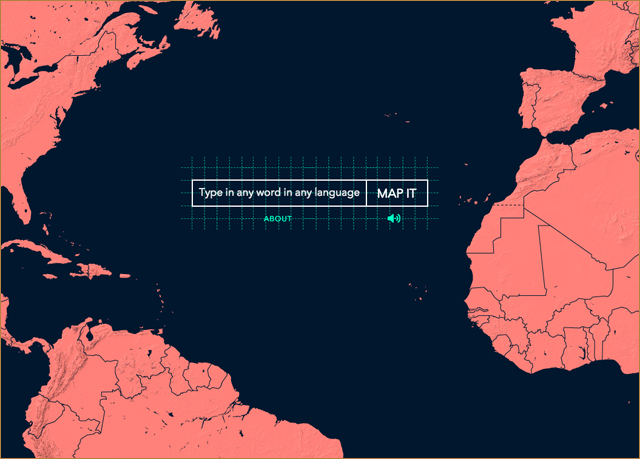 After entering a word, the map is slowly filled out by adding the word to the map of each country in that nation’s corresponding language. Enter “hello” in the text box, for instance, and “hola” will appear above Spain, “bonjour” above France, “ahoj” above the Czech Republic, etc. 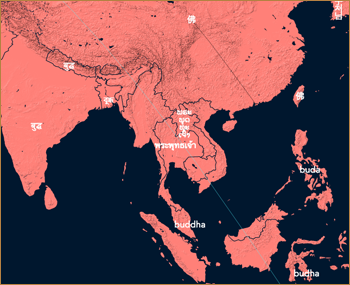 As the map works through every translation available on Google Translate, it also speaks the words out loud and draws lines that connect the physical locations that use the same words to mean the same thing. After all of those lines have been drawn and the map has been completely filled out (except in the countries for which Google Translate does not provide its services), you can explore the map in more detail. Click on any word to receive more information from Wikipedia about a particular country or language. The site also works with short phrases like “good evening.” It’s an impressive design, and a useful tool for discovering how the world’s languages are connected throughout geographical space. 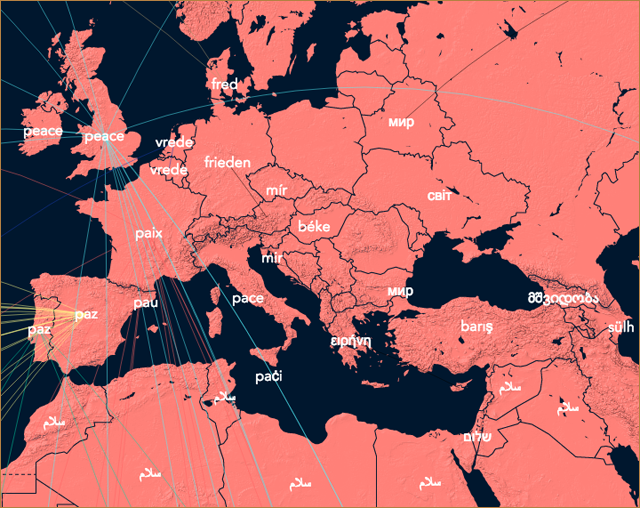