WikiWand is a web app that offers a new, more modern design of Wikipedia.

Transforming One of the Web’s Giants

Wikipedia is one of the most important websites in the history of the Internet. It’s the community-built source of information for the world, free and easy to use (unless your persuaded by the company’s annual requests for donations). A team of independent developers, however, thinks they can do better. WikiWand reimagines Wikipedia’s layout, updating it for an easier reading experience across devices. After installing the WikiWand Chrome extension, Wikipedia is transformed into a sleeker, more modern site each time you visit it. There’s a navigation menu on the left-side of the screen, while text and images flow more seamlessly together on the right side of the page. It’s a cool redesign, and all of the information is the same as what you’d see on the regular Wikipedia page. 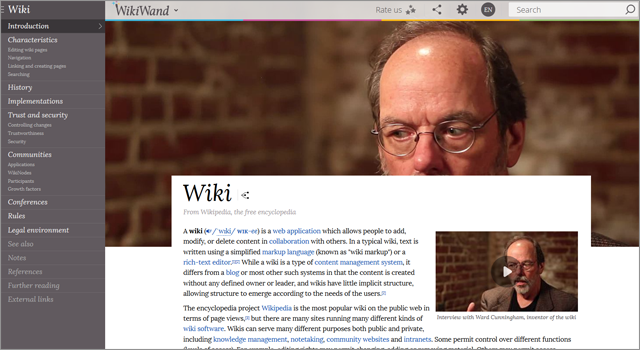 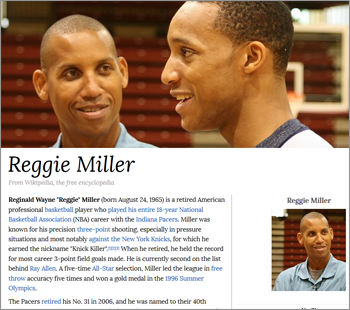 Although there are definitely benefits to WikiWand’s interpretation of how Wikipedia should be designed, the format can take a while to get used to. The Wikipedia design has been around for a long time, sure, but that also means users are accustomed as to how the site should be navigated. The redesign is useful, but it ultimately seems unnecessary. At least there is an option to return to the regular format by clicking “Read on Wikipedia” in the menu options of any article on WikiWand. But if you can’t stand the outdated look of Wikipedia, WikiWand is superior in many aspects. The site also donates 30% of its profits (although it is free to use) to the Wikimedia Foundation, so you don’t have to worry about the original site being cheated out of any traffic or money. It’s a cool concept, and it’s nice to see designers taking advantage of Wikipedia’s open-source information.