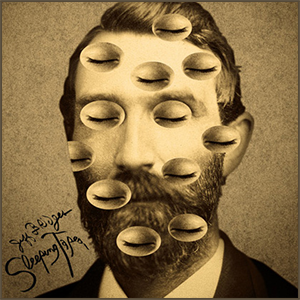 Dreaming With Jeff is a Square Space promotional campaign featuring a “sleeping tape” made by Jeff Bridges.

Fall Asleep to an Album Made by Jeff Bridges

If you watched the Super Bowl this year, you probably remember the Square Space ad with Jeff Bridges. 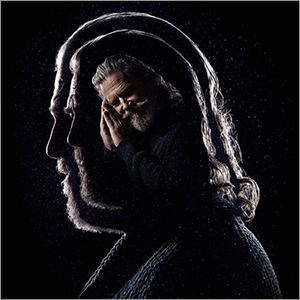 It was one of the strangest and most hilarious commercials of the night, featuring the actor sitting by a couple’s bedside and humming “ohm” as they slept. Dreaming With Jeff is the online component of that marketing campaign, featuring an album made by Jeff Bridges that’s intended to be heard while you sleep. Bridges claims he filled the tape with “intriguing sounds, noises and other things to help you get a good night’s rest.” He also talks over those noises on occasion. There’s an additional component of the site which provides some background information as to how the album came together.

A Strange but Great Marketing Campaign by Square Space 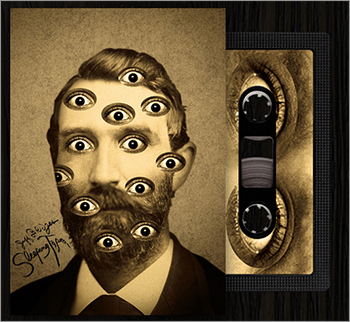 There’s also, of course, a song called “Hummmmmm.” Square Space allows customers to pay whatever they like for a download of the album, and 100% of the donation goes directly to charity organization No Kid Hungry. There’s also the option to support the charity by paying for a vinyl LP, casette, or limited edition box set of the album. It’s a good cause, and the album and its accompanying background information are as strange and entertaining as the Super Bowl commercial. Jeff Bridges is awesome, and so is Square Space. 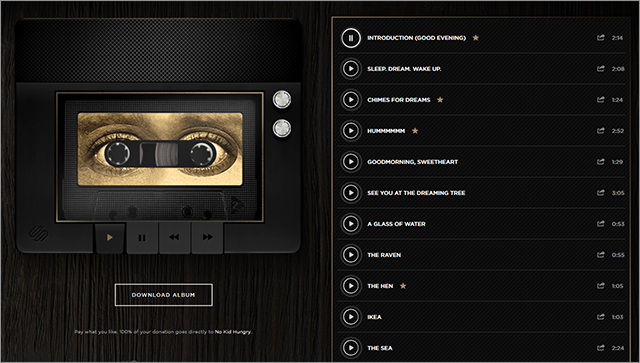 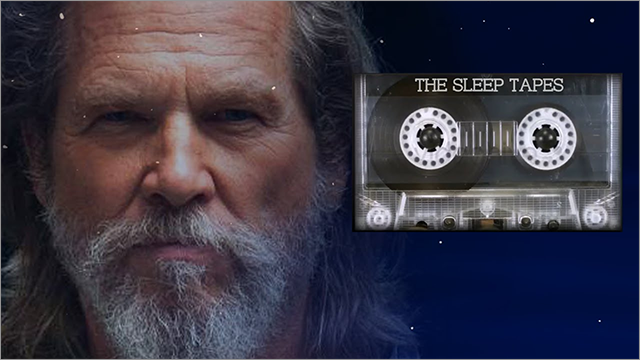