Quiv: Asking is the New Giving 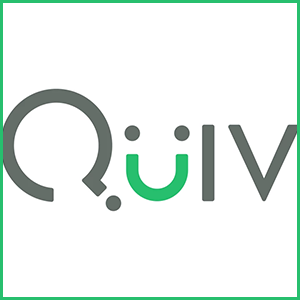 lets you ask questions to notable people in exchange for a donation to charity.

Fenda, an app which allowed users to pay money to ask questions to celebrities, went viral in China last year. The app required some amount of payment to a notable person, who then responded to whatever question the paying user asked. There was an attempt to mimic this app stateside — in the form of a product called Whale. Quiv is another attempt at mimicking Fenda’s viral success, but with a twist: rather than the money going directly to the celebrity or notable person, money is donating the charity of that person’s choice. It makes more sense than Fenda or Whale. Why pay money to someone who already, presumably, has a lot of it? Better to make a donation instead. 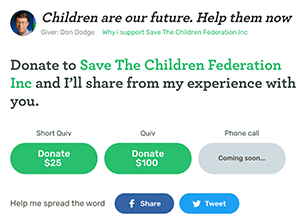 There are two categories of users on Quiv: Quivers, or people looking for advice from someone with knowledge or experience on a topic of their interest, and Givers, or people willing to share that advice. Givers set up profiles on Quiv, partnering with the charity of their choice. When a Quiver wants to ask something of a Giver, they donate money to that charity, then receive their response. It’s an intriguing way of connecting notable people with their fans, with the mediating aspect of doing good for the world. It’s tough to say whether Quiv will experience the viral fame of Fenda — and, realistically, it probably won’t — but the site has already raised a significant amount of money for several different charities. That’s worth something.