The Defiant Few: 12 Games In The ‘Defiance’ World 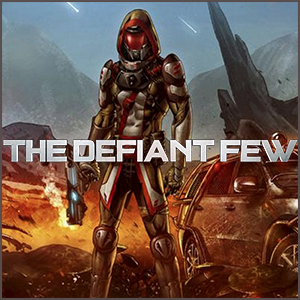 The Defiant Few is an interactive graphic novel experience from the world of ‘Defiance.’ 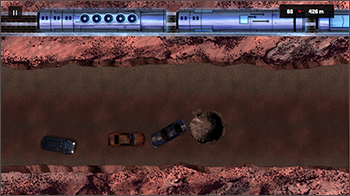 The Defiant Few is an interactive website created in conjunction with the Syfy Network series ‘Defiance.’ The site transports you into the future — the year is 2047 and the Earth has been altered by multiple alien invasions. It’s your job to traverse this terrain while trying to stop a terrorist attack from occurring. There are 12 missions to be completed, and each comes in the form of a different mini-game. The entire project is sponsored by the 2015 Dodge Challenger, so the car company pops up in each of the challenges. Still, the promotion doesn’t interfere with the gameplay and the site’s design is probably better off for the sponsorship. 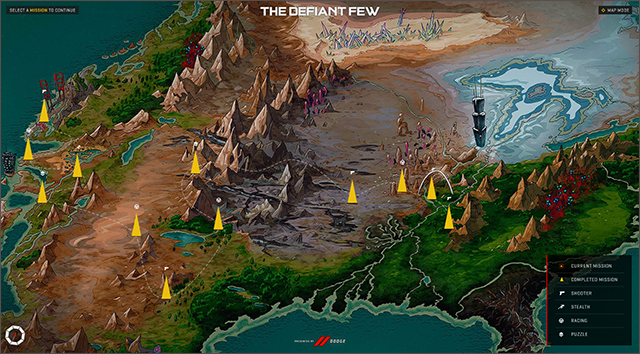 Build your own Campaign Profile 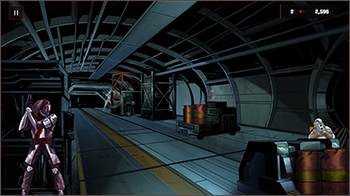 Each mission on The Defiant Few is prefaced by a short video featuring real-life scenes from the ‘Defiance’ world. This adds to the feeling of being immersed in the story. The games themselves are more simplistic, but they’re actually pretty entertaining and well-designed. The majority of the missions involve driving (again, this site is sponsored by Dodge), but some of them involve shooting or completing puzzles. Every visitor to the site also sets up a unique profile, so you can see the total amount of points you’ve accumulated and compare your statistics to your friends’. The new season of ‘Defiance’ is coming sometime in 2015, but this game is enough to keep fans satisfied in the meantime.