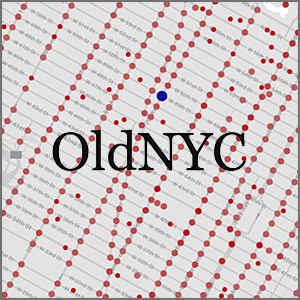 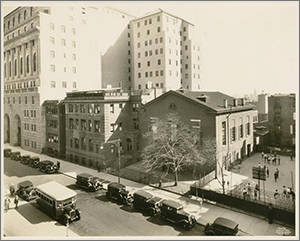 New York City is constantly changing. The city has gone through multiple transitions throughout its relatively short history, and it seems like buildings are being renovated and businesses are changing on an almost daily basis. OldNYC is a visual representation of the change the city has gone through, showing how streets and buildings looked in various year’s of New York City history. The site contains a stylized, black-and-white version of Google Maps’ view of NYC, complete with red dots along almost every block of the city. By clicking on the dots, you can be transported to another time, seeing how the city looked in a different era. 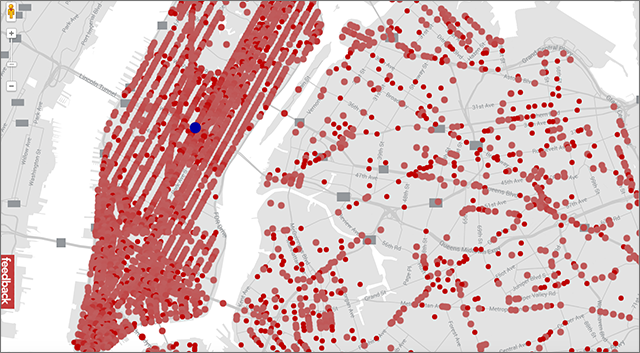 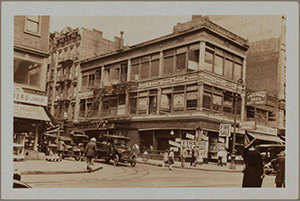 Most of the data points on OldNYC contain multiple photos of the same area, often taken at different times in the city’s history. Because of New York’s gridded layout, it’s easy to identify places around Manhattan and the outer boroughs. If you’re familiar with New York, it’s interesting to see just how much the city has changed. The streets were virtually empty, for instance, in the early 1920s (with no yellow cabs in site). Many of the buildings are the same, but you won’t find any Duane Reades occupying their lower floors. OldNYC also integrates with Facebook, so users can leave comments on specific photo sets discussing their thoughts on or personal connection with the images. It’s a great project that’s presented in an appealing, fun-to-browse way.