Warsaw means many things to many people and it’s a city filled with history of all varieties. But if you were to ask the Jewish people, answers may vary. Jewish Warsaw aims to look at a city through a particular group of people’s eyes. 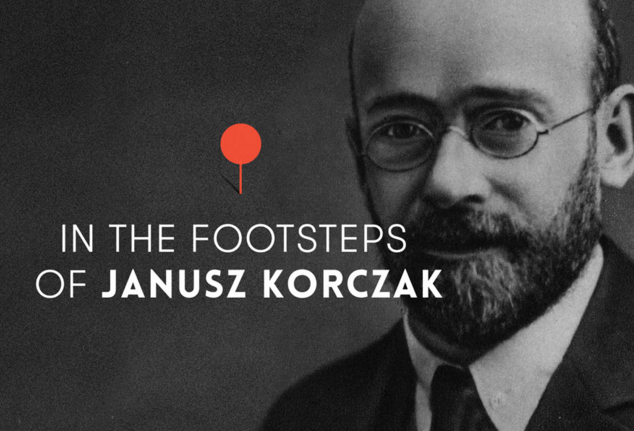 Jewish Warsaw is an online multimedia guide to the Warsaw, Poland seen through the history of its Jewish residents. This guide gives viewers the option to tour the city according to scenarios, such as: following in the the footsteps of cartoon characters, wandering through the city with Janusz Korczak or touring contemporary Warsaw. Through the app, take a walk through modern Warsaw following the footsteps of Janusz Korczak, an educator and writer who created the first paper written by and for young people. The journey shows places he visited in his childhood and adulthood. A part of the experience is during the war era during the German occupation and how thousands lived in the Ghetto. Along with one person’s journey, there are stories and sketches and pictures and stories comparing yesterday’s Warsaw (during and after the war) and today’s. Jewish Warsaw is truly a way to time travel and to experience something many today will not know about.