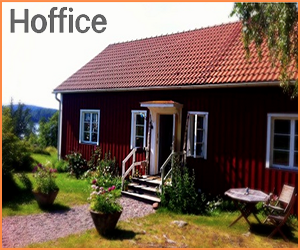 Who Needs An Office Anymore? 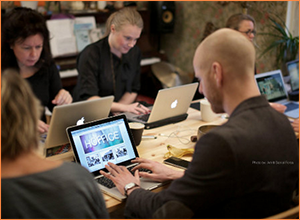 As the world transitions online and physical location becomes less important, more and more people are working from home. The downsides of telecommuting have led to a rise in popularity of co-working spaces, where entrepreneurs, freelancers and everyone else who works from home can get out of the house and connect with each other during the day. Hoffice uses the idea of a co-working space, but brings it back into the home. The site encourages people to build networks of coworkers in their own communities, bringing people together to work in the same home. There are now Hoffice groups available to join in cities throughout the world (mostly in Europe), which you can view via the map on Hoffice’s site or through various groups on Facebook. 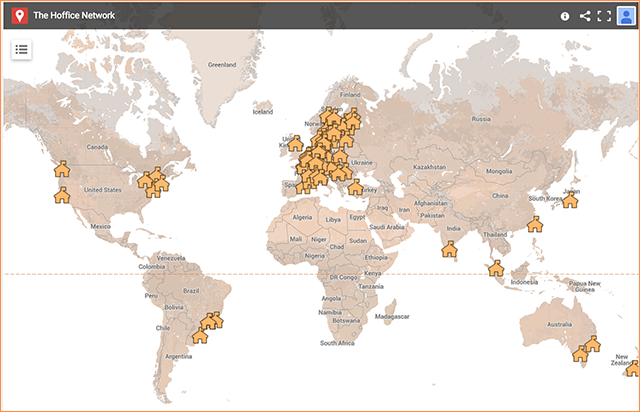 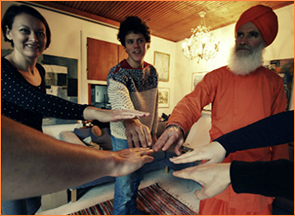 Unlike other coworking spaces, Hoffice is more of a philosophy than a physical space. The site has a list of loose guidelines for Hoffice members to follow during any given workday — a moment of mindfulness in the morning, a period in which everyone shares their goals for the day, a 45 minute break and a shared meal towards the end of the day. The site also explains that this structure can be tweaked in order to fit the needs of the group. Hoffice also includes tons of other instructions for those wanting to start or join a group, such as meditation and mindfulness techniques. It’s an intriguing concept overall, and one that’s only going to grow more prevalent as the world continues moving online.