Game of the Week: Super Boxotron 2000

Boxes have never been more annoying to get out of your way than in Super Boxotron 2000.

Don’t Be Such A Square 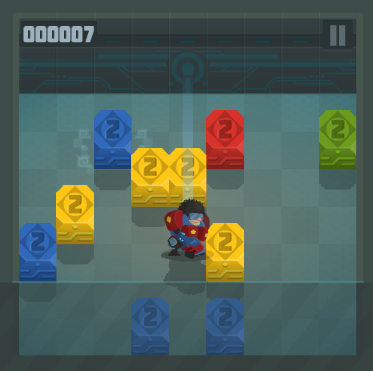 Boxes on boxes on boxes. That’s what you’re going to have to deal with in Super Boxotron 2000. Each level of this game, more and more boxes appear that you have to get rid of. Shoot them a few times to earn maximum points and once you’ve gotten rid of them all, move to the next level. It sounds easy, right? Not so much. Even though you only have to shoot the boxes, you’ll constantly be moving out of the way of the new boxes that will drop into the level. Even though the game shows where the new boxes will drop giving you plenty of time to move out of the way, if you move over to the wrong spot you’ll have to start the game over. Each level, you’ll be upgraded to a new gun and weapons to help you destroy all the boxes that keep appearing. Super Boxotron 2000 is a simple game to play, but definitely one that tests your ability to multitask and pay attention too.