Game Of The Week: Aquatic Rescue 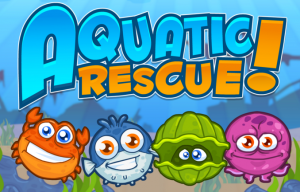 Be the hero and help save the bubble trapped animals in Aquatic Rescue. 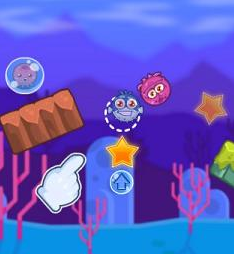 Aquatic Rescue is a fairly simple game to play. Match your own little sea creatures with the ones that are trapped in bubbles and save them. Along the way, gathering some of the moving stars doesn’t hurt either. The first few rounds are easy, the game shows you where to place your sea creatures for a successful completion of the level. But after the first few levels, you’re on your own. Once you’re on your own, you’ll have to figure out where the best place is to drop your creature to save the other ones. Don’t think it’s easy as it sounds. Just because a creature is dropped, doesn’t mean it will hit the stars or save the bubbled creatures. Don’t worry though, if you don’t win a level you can restart it (not the whole game). If you’re ready to be the hero of the sea, Aquatic Rescue is the game for you.