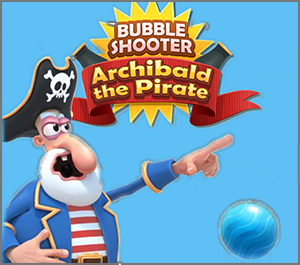 Bubble Shooter: Archibald The Pirate is a unique version of the classic bubble shooter game.

A Twist On The Classic Bubble Shooter

Bubble Shooter: Archibald The Pirate is a flash game in which you play as a pirate, shooting candies out of a cannon and trying to match colors. Those familiar with any type of Bubble Shooter game will probably enjoy the game, as its basic mechanics are the same. You shoot candies out of the cannon, aiming them at the same color and bouncing them off the walls to reach your target. If you match three or more of the same color, they disappear. 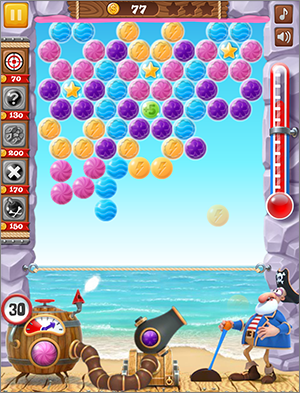 If you clear a level, you move on. If the candies start piling up and reach the bottom of the screen, you lose. Bubble Shooter: Archibald The Pirate has some additional elements that make the game more complex than the standard bubble shooter game. You can earn stars and money to purchase upgrades — like the ability to draw a path to aim at your target or a bomb that removes all of the candies within a certain radius. There are also more challenging levels with candies placed in places you wouldn’t expect, like in a rotating ball in the middle of the screen. The game is also available as a mobile app for Android and iOS, but it’s easier to control the cannon and more fun to play on the web. 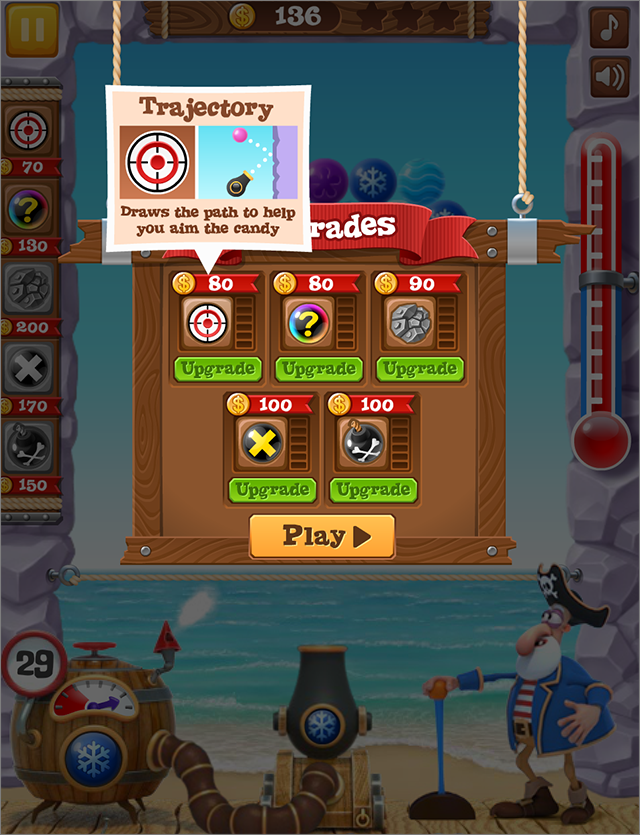 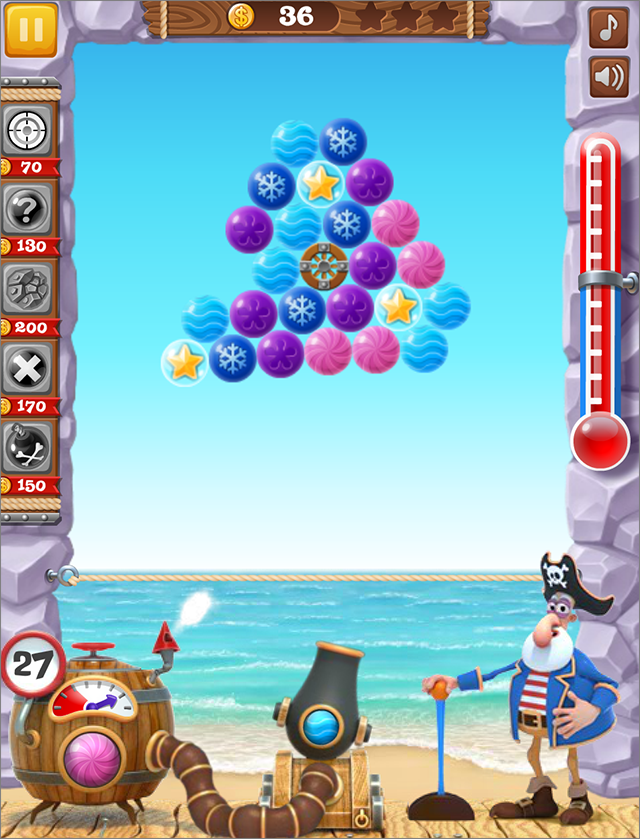