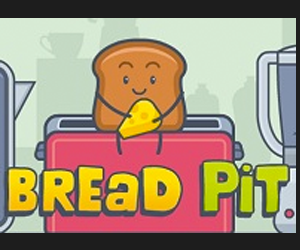 Have you ever started playing a game where the concept is so simple, yet you just can’t seem to win each time? Well, I’ve found another one of those game with Bread Pit.

Who Cut The Cheese? 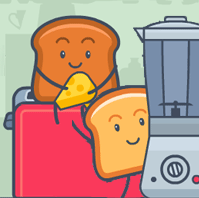 Bread Pit is one of those games that you’ll start, and then suddenly look up at the clock and realized a long amount of time has passed. It’s a ridiculously easy concept, yet you can’t always win. Your character in the game is a piece of bread, with the ultimate goal of collecting all the cheese wedges and land in the toaster. I’m not sure how the bread and cheese relate, or why you would want to end up in the toaster (one would think a toaster means game over) but it’s a cute game to play and not to much thinking is involved. 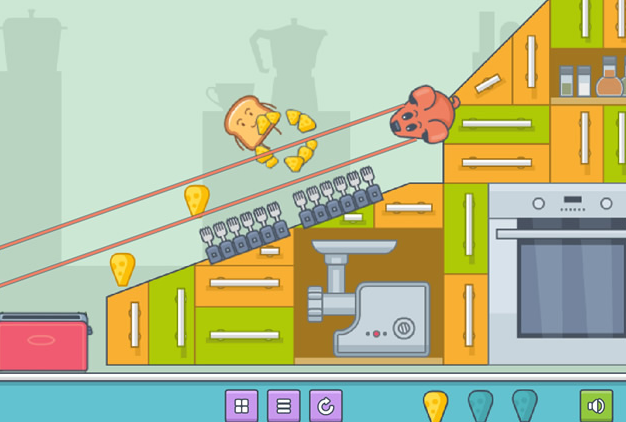 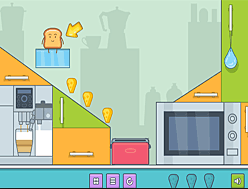 As mentioned above, the ultimate goal of Bread Pit is to collect each cheese wedge and then get toasted in the toaster. Most levels are pretty easy, once your toast jumps, it hits all the wedges of cheese. But in some levels, you use the help of spiders and mice. You may even get attacked by boxes of coffee. Once you land in the toaster, you unlock the door to the next level. Once you start playing, you won’t be able to stop. You will want to keep going until you’ve collected all these cheese you possibly can. There’s also good news for anyone who is lactose intolerant, no consumption of dairy necessary to play! Next time you’re lounging around and want some distraction for a while, become your own toast hero in Bread Pit. 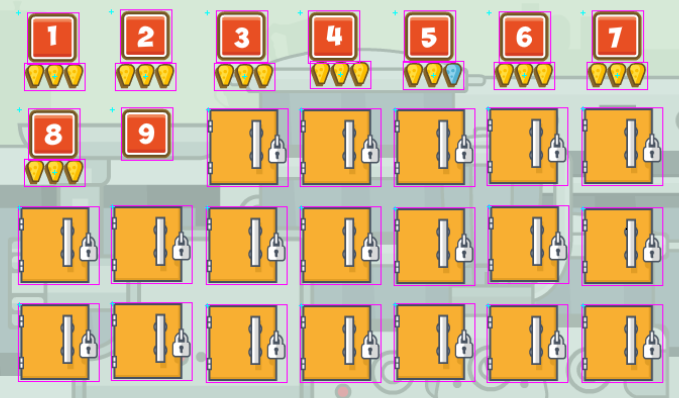