The Final 10 in Doritos 2015 ‘Crash The Super Bowl’ Competition 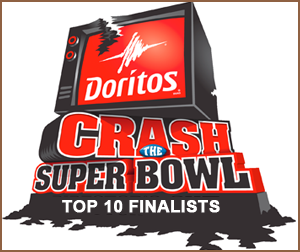 Pepsico’s Doritos brand reveals the final 10 consumer created commercials who are competing for Super Bowl XLIX airtime and $1 million grand prize. One of these finalists is a British advert made for only £10… Can you guess which one it is? Don’t forget to vote for your favorite ad on the Doritos’ official Crash The Super Bowl page.