2015 Oscar Predictions: And The Oscar Goes To… 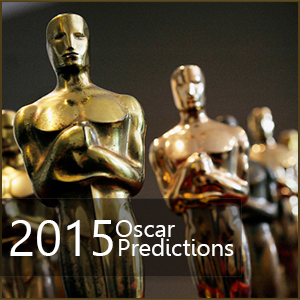 And The Oscar Goes To…

Award season is in full swing, and my predictions of winners is complete. Award season is my favorite season for three reasons. First, I love seeing what all the stars are wearing on the red carpet and always giving my own opinions. Second, having viewing parties with my friends always makes for a good time and making my friends listen to all my opinions is so much better than talking to my TV. 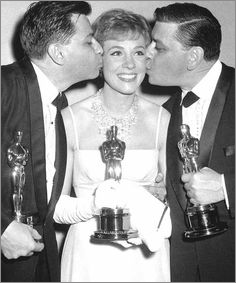 Third, once the nominations are out I head to the movie theater and make to sure to watch all the nominated movies. I’m no expert but I take award season very seriously, and there is no possible way to make informed decisions with out seeing these movies (even though hoping the best looking male or the best dressed female wins is a totally valid reason to want someone to win). I have my winners predicted, and lucky for everyone, I’m willing to share my Oscar predictions. I’ve included the 10 categories I enjoy the most. It’s always exciting to see if the new comer takes one home, or if your all time favorite actor or actress gets snubbed once again (one day Leo, one day). Make sure you have your winners predicted and have a red carpet worthy viewing party of your own on February 22nd.

Boyhood is a ground breaking film. The movie follows the experiences a boy has while growing up. Filming started in 2002, and since then the camera captures this boy and his family and how their lives change while they all grow. This cast made film history and it really is a “once in a lifetime” film, there is simply no other film like it.

See description for Boyhood in the “Best Picture” category above.

Eddie Redmayne is one of the new comers to award season, and even just watching him in the trailer I know this won’t be the last time we see him nominated. He transforms into Hawking in every aspect, not only the academic life of Stephen Hawking but the physical struggles as well. Transforming ones self into another is never an easy task, and Redmayne delivers.

I truly believe that Julianne Moore is simply amazing and her resume is that as well. In Still Alice, Moore plays a women who has been diagnosed with Alzheimer’s Disease/ The movie shows how the disease not only effects the person who has been diagnosed, but their family as well. Julianne Moore continues to deliver amazing performances, and I believe she will win “Best Actress” for this performance.

J.K. Simmons plays a mentor at a cutthroat music conservatory, and he will stop at nothing to make sure those he is mentoring realize their full potential as musicians. As someone who only has really seen Simmons in lovable rolls, it was intense to see his transformation into someone not so lovable. I’m actually surprised he wasn’t nominated for Best Actor for this performance.

Boyhood is a movie no one should miss, and neither is Patricia Arquette’s performance. She is the mother in this movie, and while many movies tend to show mothers at an extreme (really good mom, or really bad) but her performance I think is more honest. I’m not a parent and I can’t speak for them, but I think it’s safe to say that being a mom is probably one of the hardest jobs in the world and Arquette brings that reality forward with her performance.

Is there really any competition for this one. Not only do I like this movie, but these types of movies always make me appreciate that it only takes me a few minutes to do my makeup in the morning. Most of the characters in the movie probably spend a lot of time in hair and makeup, and it shows. Hands down, Guardians of the Galaxy deserves to win this title.

The first HTTYD was hit, and enjoyable movie so there is no reason the sequel wouldn’t be either. Sometimes sequels fall flat, but with a new story line, new characters and new dragons. How To Train Your Dragon 2 has this category covered. It’s also hard to resist cute dragons that just want to some hugs and fun in their lives.

It’s not hard to defend this movie. All I have to say about why the Apes should win, is that this movie not only has some epic battle scenes but at any given point there are thousands of extremely life like, talking apes. TALKING APES! Sorry to all other nominations, but I don’t think they can compete.

Into The Woods is jam packed with an all-star cast, and when you have a cast as big as this one, the costumes have to be big. Each actor plays a certain story book character and their costumes depict them perfectly. I may be a little biased due to the cast, but the costumes are not lacking by any means. Just imagine those who actually created these costumes and watched as they came to life. It’s probably not easy to try and create costumes that have already been established in story books, but these ones live up to all of them.