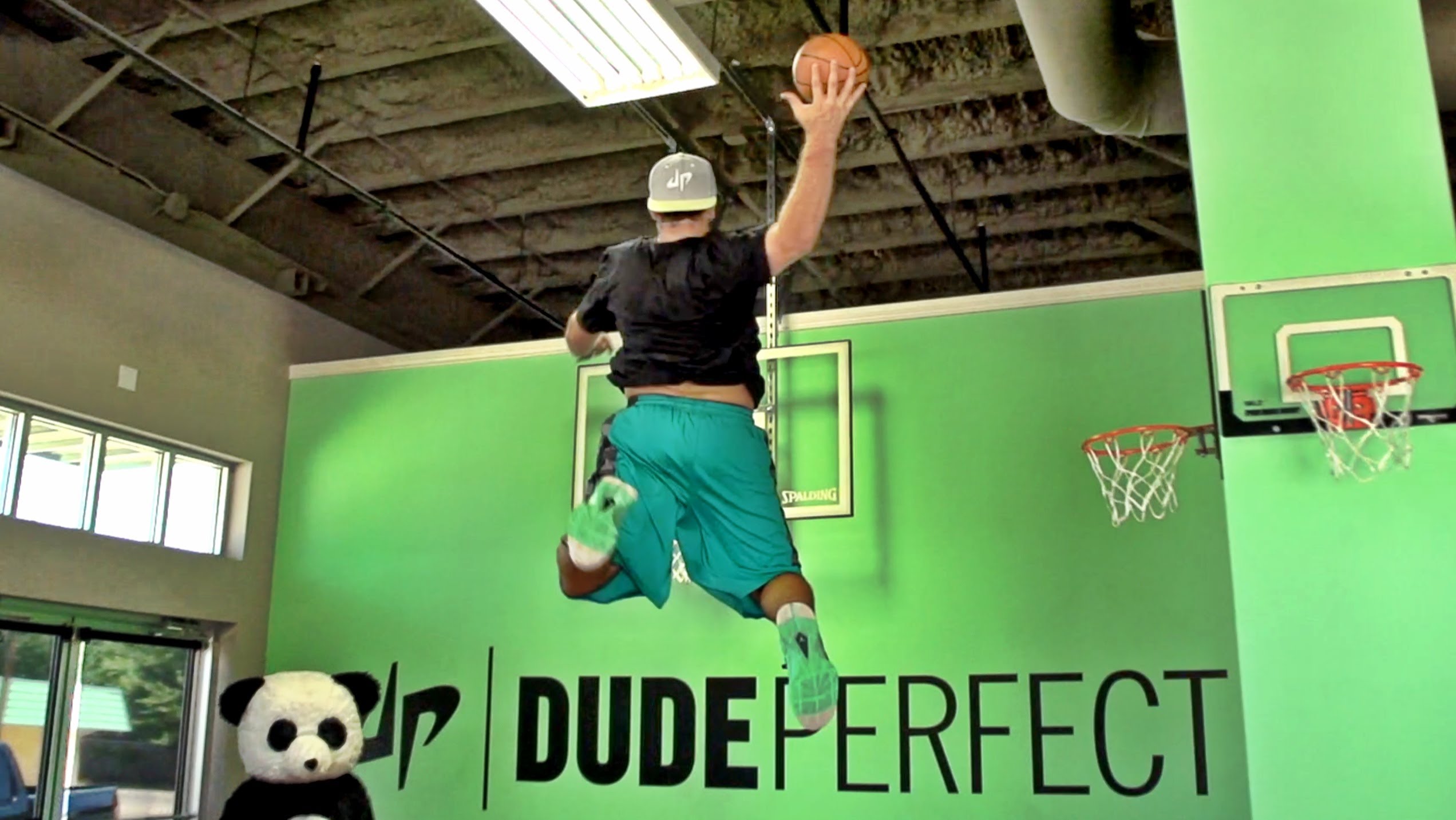 Dude Perfect‘s mix of comedy, bromance, and wow factor separate them from many other YouTube personalities.

What happens when you take a group of 5 men (and 1 man dressed as a panda) who happen to be huge sport fans and give them a basket and a ball? If you answered that they would compete to see who could make the best trick shot, then you would be describing what Dude Perfect does for a living. What started as an amateur video of a couple of trick shots made by some college buddies has turned into a hugely successful company that endorses some of the most famous athletes in the world. Below are the top 10 videos ever made by Dude Perfect. Enjoy! 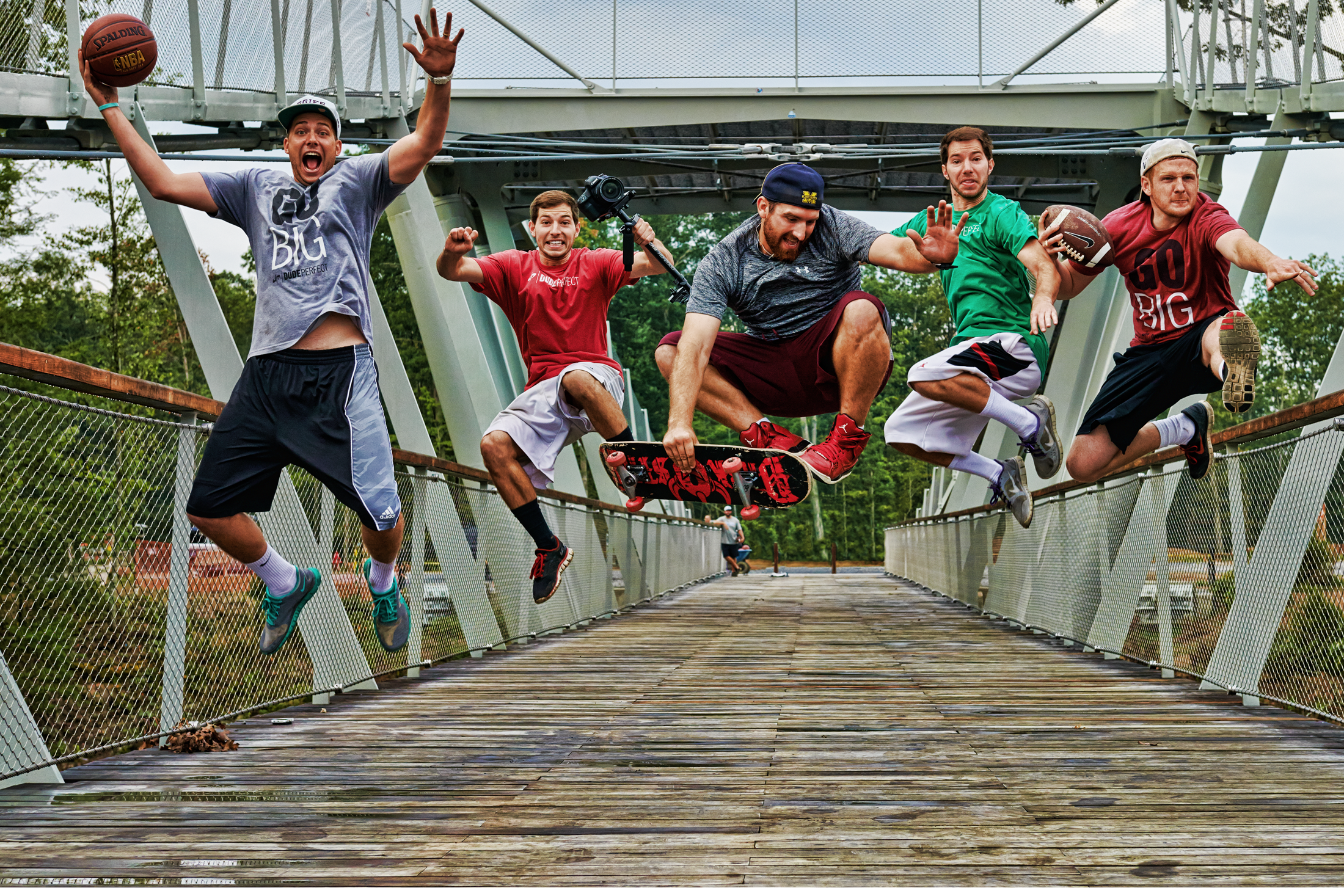 In the F.A.D.P.D.S.B. (first annual Dude Perfect dizzy sports battle), the guys at Dude Perfect made one of their funniest videos yet. In the video the guys compete to see who can best perform at a series different of sports shots immediately after doing a dizzy bat.

In the first ever backwards edition of Dude Perfect, the guys do everything backwards from walking to eating. Oh and they might make some pretty cool backwards trick shots too.

In the Epic Trick Shot Battle the guys at Dude perfect go head to head with Brodie Smith in a basketball vs. Frisbee match-up. Needless to say this is one of the guys most exciting videos as they go shot for shot with the Frisbee trick shot expert. For more of Brodie Smith’s work, check out this page.

From “Mr. Excuses” to the “Talkative Timmy” the guys at Dude Perfect hit all the different types of people you will see going to a gym. If you’ve ever been to a gym, you are sure to relate to at least one of these hilarious stereotypes.

The the first Dude Perfect Ping Pong Trick Shots video, the guys take their basketball trick shot skills and downsize them to ping pong balls and Pringles cans. The video is full of excitement and interesting shots you never would have thought possible with a ping pong ball.

In one of the most exciting videos ever made by Dude Perfect, the guys attempt some of the craziest trick shots they’ve ever done. You’ll be sure to be saying “How did they do that?!” at least a couple of times while watching this video.

Fresh off of a Super Bowl win, Pete Carroll, Russell Wilson, and the Seattle Seahawks join the guys at Dude Perfect for a trick shot video worthy of a Super Bowl halftime performance. We also get to see some very personal interviews with Coach Carroll and Wilson. This video won’t falter to give you some good laughs and some amazing football trick shots.

In their first and most popular video in their “Stereotype” series, The guys at Dude Perfect are able to perfectly and hilariously identify all the different types of people you see while playing pickup basketball. If you’ve ever played a game of pickup basketball you’ll be sure to recognize at least one of these stereotypes.

In their first ever video, the guys at Dude Perfect show off their trick shot skills in their backyard. This is the video that made them famous and is still an entertaining classic in the Dude Perfect arsenal.

Coming in at #1, The All Sports Golf Battle is one of the coolest videos made by Dude Perfect. In this multi-sport competition to see who can get the ball in the hole first using a different ball every shot, the guys created a whole new genre in sports and trick shots. Hopefully there will be more All Sports Golf Battles to come in the near future.

Looking for more videos that will blow your mind? Make sure to visit WhySearch for the best viral videos in the world.