Replay: Make Videos, Faster Than Ever

Posted on Monday, February 2nd, 2015 by Will Hagle 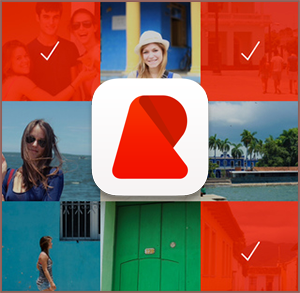 Replay is an app that lets you make videos faster than ever by adding up to 200 photos & videos and 20 beautiful video styles on iPhone and iPad. 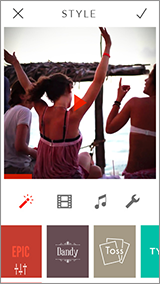 Replay is an video-creation tool designed as an app for iOS devices. The app has much of the functionality of relatively high-level video editing software like iMovie, but putting together videos via Replay is much easier and more intuitive. Creating a unique short film can be accomplished simply by tapping a selection of videos stored on your iOS device, choosing a font and a filter, selecting music and changing the format and pace. There’s a limited number of selections in terms of editing tools, but they’re powerful enough that the final product seems as if it took a long time to create. With Replay, however, all you have to do is tap your selections and it’s created. 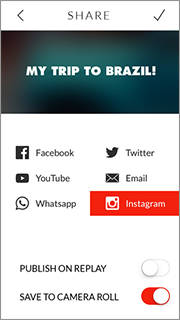 Edit, Create and Share Videos Within a Matter of Seconds

The combination of professional quality and ease of use is what sets Replay apart from its competitors. It’s one of many video-based apps created by the company Stupeflix, which also built the iOS cinematography tool Steady as well as the more robust video production tool Stupeflix Studio. 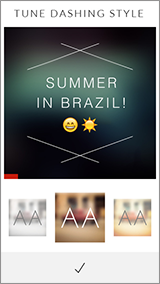 Replay is like the mobile version of that tool, which means that it’s easier to use and syncs directly with the photos and videos that you already have on your device. The app does have its own publishing platform as well as the ability to browse other videos that have been created on Replay, but it’s just as easy to share your videos via Facebook, Twitter, Instagram or any other preferred social media platform. The best part of it all, as is the case with any great app, is that Replay is entirely free to download and use.