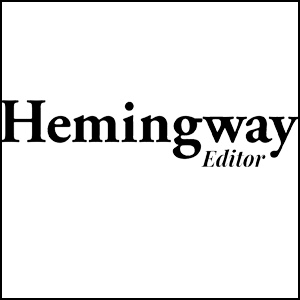 is an online and desktop editing tool for writers. 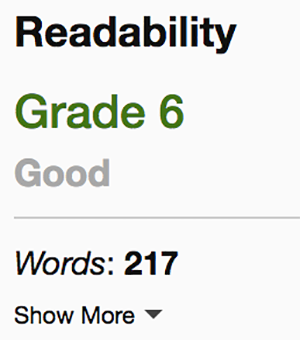 Hemingway Editor is one of the most useful writing tools I have ever used. In fact, I’m writing this blog post using it right now. The site — as well as the accompanying desktop app — aim to help writers simplify their sentences. In fact, Hemingway highlighted the preceding sentence yellow to tell me it was “hard to read.” I’m leaving it in to prove a point. To let you in on the truth, though, I’ve made other changes to the language of this post. I’ve done it all based on Hemingway’s suggestions. I’ve deleted adverbs and made passive voice active again. Hemingway is awesome and helpful. 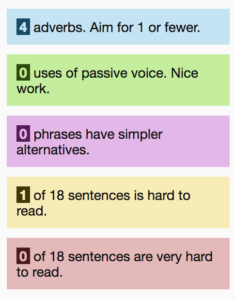 Hemingway Editor’s name come from Ernest Hemingway. Hemingway used short, direct sentences. He buried meaning beneath that sparse way of writing. Hemingway Editor helps you do the same. It’s incredibly easy to use the online version of the site. The preceding sentence uses my only allotted adverb, based on the amount of words in this blog. To prove another point, I’m going to break the rules and say that Hemingway Editor is really really cool. The desktop version costs money, but it could be worth it for the serious writer. It’s on its third version, and there are tons of great features. Check Hemingway Editor out and start writing more (sorry, but there’s another adverb for you).