Visual Supply Co (VSCO) is a company passionate about creating beautiful and efficient digital tools for the modern creative.

A New Type of Digital Toolset for Artists and Creators

VSCO is an art and technology company made “by creators, for creators” that seeks to build a digital toolset that can be utilized by digital artists of all types. The site began when CEO and Co-Founder Joel Flory designed photo editing tools that he wanted to use on his own, but VSCO has since evolved to offer several other products. VSCO Cam is a free app available on both iOS and Android that allows users to capture, edit and share high-quality images from their mobile devices. VSCO Grid is a unique approach to mobile photography sharing, as it allows users to follow others and browse photography but de-emphasizes the features of other social networking platforms such as comments and follower counts. This minimalistic approach to photography publishing is one of VSCO’s greatest assets.

Reinventing Photography and Film for the 21st Century Artist

VSCO’s website features the same feed and grid that can be viewed using the company’s app. In addition to the web versions of mobile features, the VSCO site also has long-form articles (complete with detailed pictures) about various topics. 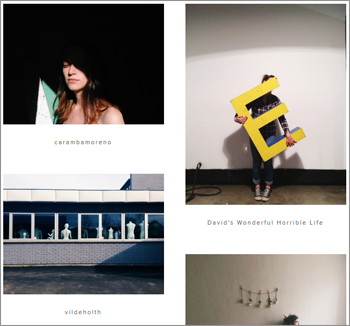 These stories can be found in the “Journal” section of the site, which also features VSCO product tutorials and films made using VSCO Film, which includes presets and camera profiles for post-processing and workflow management. VSCO also stands behind its commitment to being an artists-first company by offering a $1,00,000 scholarship fund that awards creators throughout the world money to be used in pursuit of achieving artistic goals. Products created by VSCO scholarship recipients, as well as several other digital toolset items, are sold via VSCO’s online store.