Google Picasa Scares the S#%t Out of Me

At the moment of writing this, Google Chrome is all the hype around the net. Though, at the same day that Google Chrome launched, Google also launched a new version of their popular Picasa and PicasaWebAlbums. Which is considered as one of the top destination for image uploading on the Internet. I don’t believe that the launch of this two services together happened by a chance. Google knew that all the hype will be around the new Google browser. No one seems to mention anything thoughtful regarding the new face recognition that they launched.

First, I would like to introduce you to the new service. When you login to your Picasa web account. You get an option at the right bar of the screen to perform name tagging. Which at first seems to be harmless. We all know the face tagging done on Facebook. In which you personally recognize your friends and tag them with a name, thus, an algorithm isn’t used to scan additional pictures.

Google Picasa is different. When selecting the name tag option, you receive a message stating that you have to wait for about half an hour until all your pictures are processed. Once processed, you will be able to view all your loved ones grouped together in a beautiful way which only Google can provide. So slick and simple. 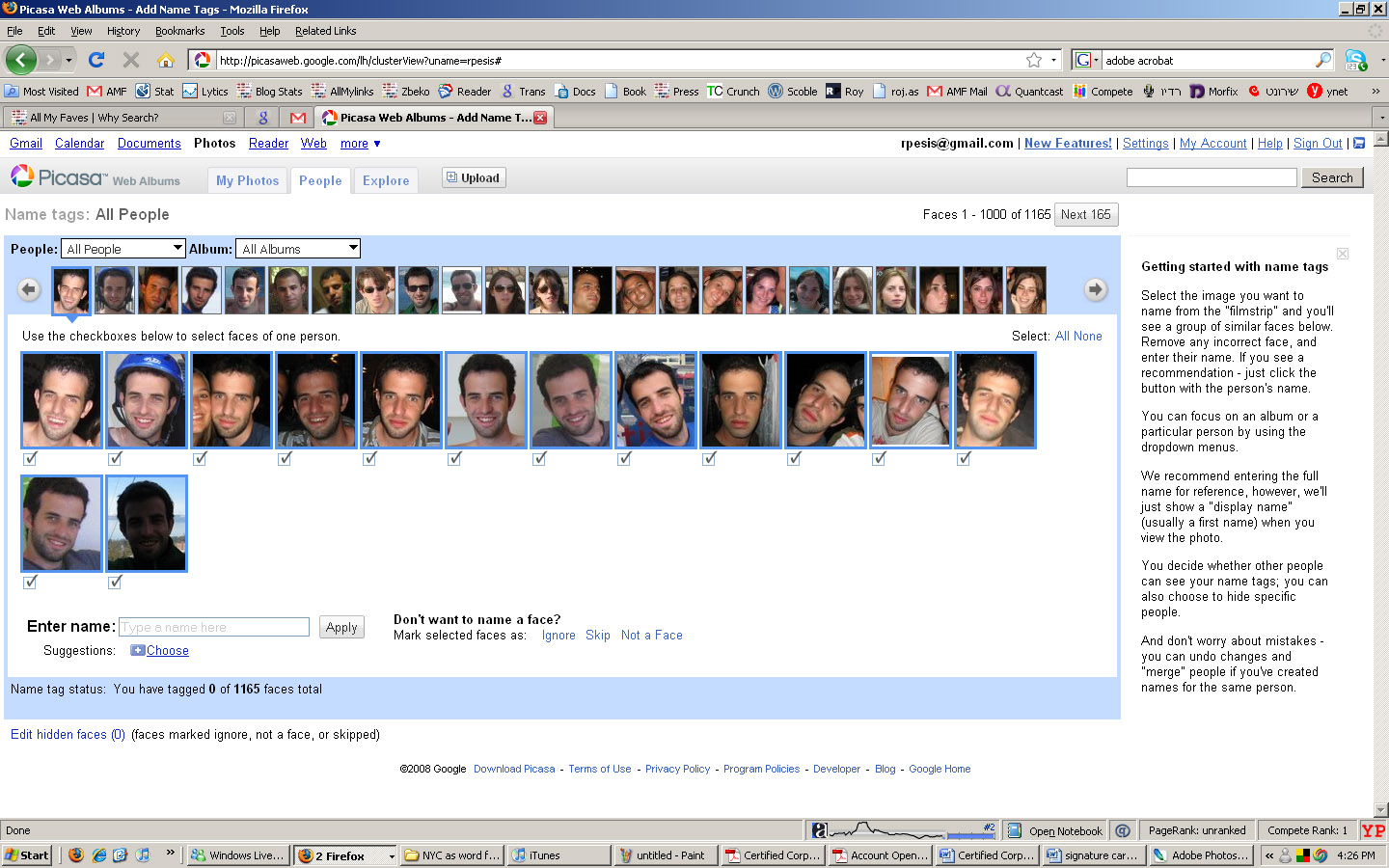 So what scares me… You’re asking? Well, Google’s main business model is through advertising. Google controls most of the Internet advertising market, it’s their main business and frankly they perform it unexceptionally. In addition, Google is also trying to infiltrate the old-school media TV and Newspapers. (You can read more about it here and here).

Did you ever stop and think what will happen if Google will find a way to show us ads on our daily routine. On our way to work, while shopping or just hanging out with friends at a local bar.

I think that the day which Google will shows us ads on the streets is closer than we think. Now, that they are able to recognize our faces. All they need is a camera to recognize us on the street. Oh, guess what!? They already have it!

What will happen when Google will have all the information about us? Isn’t that too much power for one company?

When Gmail started reading our mail and showing us relevant ads. There was a big privacy fuss around the issue. Now, when it comes to recognizing us in person, it seems as if no one is raising up these issues.

At first, Tagging yourself on Picasa seems harmless, but think about what will happen ten years from today. Privacy won’t exist when stepping out of your home.

I am a big Google fanboy. I even believe that I will try their new tagging option because I am way too curious. I also believe in Google’s moto – “Don’t be evil”. Though, we have to raise these issues before it is too late. We should have control over our privacy.

Am I just being paranoid or is this our future?